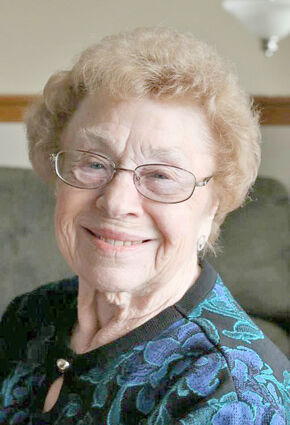 Grace C. Steffens, 96, passed away Monday, January 17, 2022, at her home in Electric City, Washington. She was born in Monticello, MN. to Anthony and Vera Dierich, the oldest of 9 with 3 siblings living. She married Joe Steffens in 1944 and the family followed him while working construction. In 1946 they moved to Electric City, where they made their home and raised 6 kids. They divorced in 1968.

She met the love of her life in 1974, Jay Webley. They loved to go dancing, on trips, and also grew a big garden every year. Grace was also a huge fan of the Seattle Mariners baseball and was so thrilled to meet Edgar Martinez. She loved her visits with all her grandchildren and those who came to visit.

Grace started work at Safeway in 1967 and retired in 1992 where she was a clerk and enjoyed the customers. Grace was also an avid bowler and also a member of the Eagles and Moose Lodges.

Grace was preceded in death by both parents, Jay Webley, four sisters, one brother, two daughters and one son.