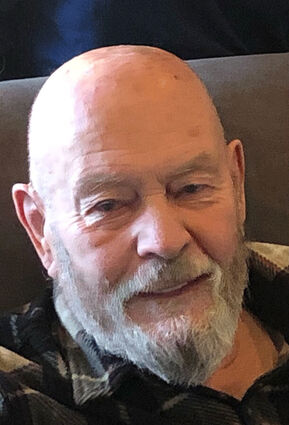 Howard Joseph Roberts, 84, passed away Monday,August 22, 2022 in Spokane, Washington. He began his impact on all who would be blessed to know him on Thursday, July 14, 1938, when he was born in Deer Park, Washington to the home of Albert and Nora Gonser-Roberts.

An outstanding athlete at Deer Park High School, Howard lettered in baseball, basketball and football, graduating in 1956. Howard served with the United State Air Force from October 18, 1956 to October 18, 1960. Following his honorable discharge, Howard married Miss Janie Berg, on Saturday, December 10, 1960, in her parents' Deer Park log home. Much earlier in life Howard and Janie had both been on the Deer Park Methodist Church Cradle Roll and then in high school - Howard had even given Janie his letterman's jacket to wear.

Howard became a Power Plant Operator at Grand Coulee Dam and he Janie settled in Electric City, Washington where they raised their six children. While Howard enjoyed an ever present dog - companion, collecting classic "Hot Wheels" and stamps, gardening, crocheting and adult coloring books; his greatest joy in life was time spent with Janie and their family. A kid himself at heart – Howard loved playing with his children and grandchildren. After a hearty breakfast of pancakes and homemade maple syrup, Howard taught each of them to fish at Banks Lake...rigging out the poles, baiting the hooks, and casting before handing the pole to their eager hands. Ever patient, Howard never complained, even as he taught Janie and each of his children to drive a car. The perfect conclusion of a day in Howard's home was always the nightly piano concert by Janie.

His family requests that any contributions be made in Howard's memory to either Coulee Medical Center, please contact Shawn Groh directly at 509-633-6288 or Meals On Wheels c/o Grand Coulee Seniors Center PO Box 636, Grand Coulee, WA 99133.

Fond memories and expressions of sympathy may be shared at http://www.stratefuneral.com for Howard's family. Strate Funeral Home of Grand Coulee, Washington is assisting his family.