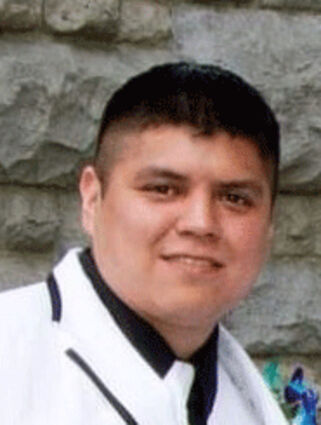 Keith is an enrolled member of the Colville Confederated Tribes.

He attended Nespelem Elementary School, Junior High School at Grand Coulee, then on to Lake Roosevelt graduating in 2007. Keith competed in football, basketball, track and wrestling. He met many people who became his friends.

Keith went on to Haskell Indian Natives University to play football with Vernon Reyes, his partner in crime.

Keith worked at numerous casinos: Northern Quest, Omak and Coulee Dam. He was manager at Tribal Trails. He enjoyed working at the Trading Post in The Deli. Keith met many people who enjoyed his smile. He was very polite and respectful to others. He enjoyed his co-workers, especially Eli and Anthony who always kept him in line. Keith enjoyed seeing family and friends walking through the doors through the day. He always greeted family with a smile and kind eyes, say "hello" and give you a big hug.

Keith enjoyed his family and friends.

Services were held at Strate Funeral Home in Grand Coulee, Washington and the Nespelem Community Center. Keith was laid to rest at the Nespelem Catholic Cemetery.

Fond memories and expressions of sympathy may be shared at http://www.stratefuneral.com for Keith's family. Strate Funeral Home of Grand Coulee, Washington is assisting Keith's family.