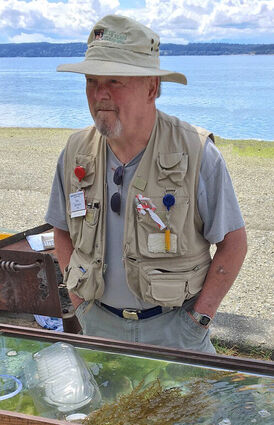 Kenneth Terry Skorheim passed away July 12, 2022 at his home in Camano Island, WA.  Terry was born March 16, 1944 in Auburn, WA to Ken and Doris Skorheim.  He graduated from Coulee Dam High School in 1962 where he was a multi-sport athlete.  He married Linda Skorheim (Gordon) on January 2, 1966; they later divorced.  Terry graduated from Colorado State University in 1967 with a Bachelor of Science degree with a major in outdoor education.  Terry worked for the US Forest Service for 40+years in Colorado, South Dakota, Oregon and Washington.

Terry was passionate about wildlife and photography and the two often came together in his stunning bird photography.  One of his favorite pastimes was elk hunting in Colorado with family and friends.  Terry was an avid coin collector and loved taking care of his many houseplants and keeping his bird feeders well stocked.  After his retirement he became active with the Sound Water Stewards and Camano Island Beach Watchers where he passed on his expansive knowledge to others during their low tide beach walks. He was an inspiration to many who benefitted from his knowledge of our precious environment.

A Celebration of Life will be held at 94 Edgewater Drive Camano Island, WA on Sunday, September 25th with an open house from 1pm-4pm.