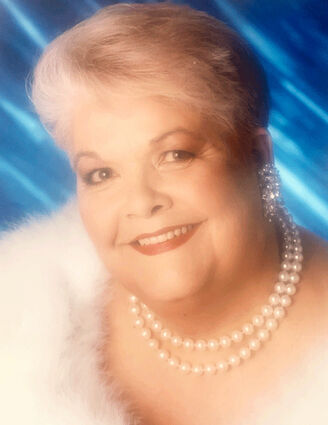 She was born on July 23, 1939, in Craig, Colorado, to Richard and Helen Dillon. The oldest of four children, she moved with the family to the Ritzville, Washington area in the late 1950s.

She met her husband-to-be, Ken Cornett, while he was in the Air Force stationed in Moses Lake at what was then Larson Air force Base. They were married in 1960, and after living in Washington until the mid 60's, they moved to Hazard, Kentucky, where Ken's family lived.

The family moved back to Washington in 1971 and lived in Moses Lake, Wilbur, Hartline, Grand Coulee, and lastly in Electric City.

Bobbie owned and operated the Bobbie Pin Beauty Salon in various places in Grand Coulee since 1980; the last being located in the building where Voltage Coffee House is now and when she retired in 2012.

Bobbie was predeceased by her parents, husband Ken and her brothers Butch and Jerry Dillon.

She is survived by her sister, Louetta, her sons: Kenny and Jim Cornett; her daughter, Vicki Ratcliff and numerous nieces, nephews, grandchildren and great-grandchildren.

Bobbie was cremated at Ball & Dodd Funeral Home in Spokane, with no memorial services planned at this time.

Any donations can be made in her name to the Shriner's Children's Hospital, to whom she donated frequently over the years.