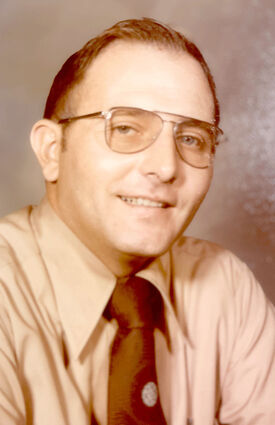 Raymond (Ray) L. Gilman, 83, of Coulee Dam, WA, passed away on Saturday, March 26, 2022, from cancer. His wife and sons were by his side. Ray was born the second of six children on Aug. 21, 1938, to T. Howard and Edna (Lamb) Gilman in Okanogan, WA. Ray was raised and educated in Okanogan, WA and received a Bachelor of Arts in Education from EWCE (EWU) in 1960. He started his teaching career in Coulee Dam, WA. in 1961. 1965 Ray completed his Master's in Education and received his Administrative certificate.

Ray taught in the Coulee Dam School District from the fall of 1961 to 1968. The fall of 1968 Ray entered the administrative field becoming the principal of Columbia School, then Coulee Dam High school, Grand Coulee Dam Jr. High, Center and Wright Elementary Schools. Ray ended his career retiring in 1994. For many years after retiring Ray substituted in the schools as needed. He also served on the Grand Coulee Dam school board for several years.

Ray was a member of the Okanogan County School Retirees Association and theWashington State School Retirees Association. He enjoyed hunting, fishing and doing his wood work project, especially making small bowls out of the wood that came from the Lake Roosevelt H.S. (former Coulee Dam H.S.) gym bleachers and giving the bowls to former students. He also liked doing repairs on his automobiles and did home improvements and projects.

Ray was predeceased in death by his parents and brothers Wayne and Ken Gilman. Surviving is his wife Helen, at the home; two sons, Brian, of Spokane, WA and Barry, of Airway Heights, WA.; four grandchildren: Cora, Cory, Courtney and Luke. Also surviving are his sister, Evelyn (Rod) Schmidt of Spokane; brothers, Harold (Joyce) of Omak, WA. and Jim (Mary) of Spokane, WA. Ray will also be missed by many nieces, nephews, relatives and lots of friends.

A memorial/celebration of life will be held for Ray on June 25, 2022 at 1:00 in Coulee Dam, WA at the Coulee Dam Community Church.