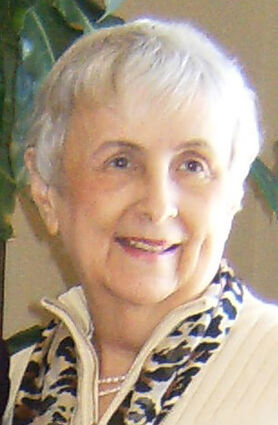 Gail Doris Allen, 87, of Spokane Washington, passed away peacefully on Tuesday, February 22, 2022. She was born in September of 1934, to George and Elizabeth Cliver in Pennsylvania. She was the youngest of 5 siblings: Gene, George, Carol, and Luray.

Gail moved to California after graduating high school to live with an aunt and uncle. She met George Allen in 1969 and had a child, Theresa. They traveled the country until 1975 when a job brought them to Grand Coulee Dam. After settling in Coulee Dam, she took a job at Coulee Dam Credit Union and developed many long-lasting friendships.

She was Volunteer of the Year, working with the Grand Coulee Food Bank, Hospital Association and many other organizations. Gail loved traveling, camping, fishing, and gardening in her younger years and painting and crafts in later life. She is remembered fondly for her baking (chocolate chip cookies), generosity of spirit and helping those less fortunate. Those who called her friend recognized her positive outlook on life and trusted that she would always be there for them.

Gail was predeceased in death by her siblings: George, Carol, and Luray.

She is survived by her daughter Theresa Allen and brother Gene Cliver.

No funeral or services will be held per her final wishes. The family asks that if you wish to honor Gail, please make a donation in her name to your local foodbank.