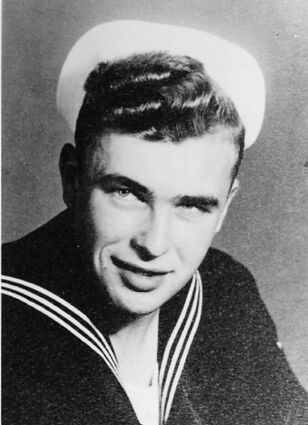 Les and MaryAlice Fossum are back together after seven years of being apart. They were married July 10, 1958, at the Chapel of the Pines in Burien, Washington, and were together for 56 years prior to MaryAlice's passing in 2014.

Les was born in Cheney, Washington, on June 14, 1932 to Lester and Grace (Swanson) Harr. Following the death of his father, his mother married George A.O. Fossum who adopted Les and his sister Joyce. He graduated from Cheney High School in 1950 where he excelled at mechanical drawing and shop classes. Mechanics was always his first love. After high school Les worked as a gandy dancer for the SP&S and then the Northern Pacific railroads. Les married his first wife, Patsy Rae Hedrick in Coeur d'Alene, Idaho in March 1951 (divorced in June 1957). Les joined the Navy in March 1951 and served as an Engineman 2nd Class on the Minesweepers USS Bluebird and then USS Triumph until his honorable discharge in March 1955.

Following the Navy, Les spent several years in Los Angeles where he learned his lifelong trade as a machinist/tool maker. In 1957, he moved to the Seattle area where he met MaryAlice Goforth who became the love and rock of his life. In 1968, they moved their family to Grand Coulee Dam, where he worked as a machinist until he retired in 1991. Les was a Toastmaster for most of his adult life and was a colorful storyteller. He was a member of the VFW and American Legion.

MaryAlice was born in Laramie Wyoming on June 21, 1931, to William and Irene (Knight) Goforth. After graduation from high school in Silverdale, Washington, MaryAlice joined the Women's Army Corp in April 1950 and was stationed at Fort Holabird in Baltimore, MD where she served as a clerical machine operator until April 1953 when she was honorably discharged as a Sergeant. She then returned to the Seattle area and went to work as a keypunch operator for Boeing. It was during this time that she met Les. MaryAlice taught preschool in Silverdale, worked as the Utilities Clerk for the town of Coulee Dam, and then retired as a Shipping/Receiving Clerk for the US Bureau of Reclamation. 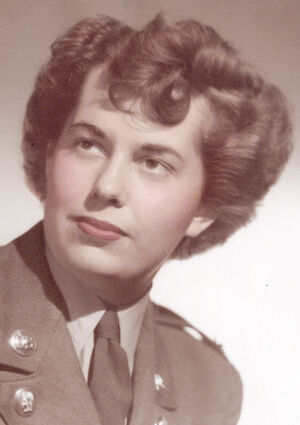 Les and MaryAlice moved to Idaho Falls, ID in 1996 where they lived until their passing. They were both avid readers and loved to travel. They were one with each other in life and are dearly missed.