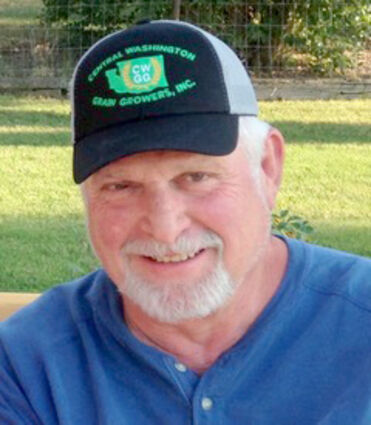 Leonard (Len) Ralph Dumph, age 74, died suddenly on Monday, January 10, 2022, in Mesquite, Nevada.  He was born November 8, 1947, in Gilman, Colorado, to Ivan Lon and Joy Mary Marfitano Dumph.  He was the youngest of four children growing up in Red Cliff, Colorado, a small community in the mountains by Vail.  When he was to enter the sixth grade the family moved to Grand Junction where he graduated from high school.  On July 14, 1979, he married Sandra Kay Higginbotham in Hartline, Washington.

He was a Vietnam Veteran serving in the US Army.  Shortly after returning home, he began a career of over 35 years with the US Department of Interior, Bureau of Reclamation.  He eventually worked at Grand Coulee Dam in Washington State.  This area was perfect for his love of fishing and hunting that he left behind in Colorado.  Often, he would be out doing one or the other, with his companion Brittany, "Moon".   It was there where he met and married his wife, Sandra.  Within a few months after their marriage, they were off to Zaire, Africa, where he worked for the Bureau of Reclamation for three years.  After returning, and again working at Grand Coulee Dam, he eventually worked in Boulder City, Nevada, where he retired in Administration.  In 2004 they moved to Mesquite and enjoyed retirement.

Len and a close group of friends met most every year for over 45 years to steelhead fish on the Salmon River near Shoup, Idaho.  He enjoyed the outdoors and would often ride his ATV in the mountains and other areas around Mesquite.  One of his greatest pleasures was traveling with his Casita trailer.  He often visited Red Cliff, where his family had a lot of history, and he enjoyed showing friends and family the area.  He was a member of the Masonic Lodge #120 in Almira, Washington, and belonged to the Elks #2811 in Mesquite.

Len was preceded in death by his sister, Elizabeth (Betty Mae) Elsberry and one brother Ivan Ernest.

He will be greatly missed by his wife of 42 years, Sandra of Mesquite; one brother, Edward of Colorado; numerous nieces, nephews, cousins and many friends.

The family invites you to leave a message or memory in their Guest Book at www.virginvalleymortuary.com.