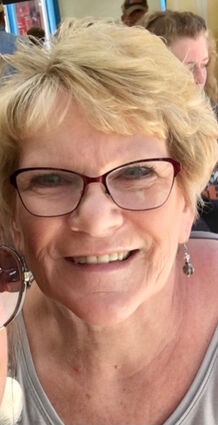 Colleen met the love of her life John Manley while in high school and was married at the age of 17. They were blessed with a daughter, Danielle.

Colleen and John lived in Orofino, Idaho, early in their marriage and returned after a year to the Grand Coulee Dam area. She started her career in 1979 at the Coulee Dam Federal Credit Union first as a teller and working her way to become the CEO in 2008. She took great pride being a leader showing by example and helping all her employees excel to the best of their abilities. Not only did she love helping them professionally, but she adored and loved all her coworkers on a personal level.

Colleen's pride and joy were her four grandsons who affectionally referred to her as "Grammy." She loved spending every available minute that she could with her grandsons. She loved to spoil them and would travel the world or country to be with them as they were the apple of her eye. There was no conversation that you could have with Colleen that didn't include her four beautiful grandsons.

Colleen was a strong, independent, amazing woman who was a force to be reckoned with in the way she lived her life always thinking of others before herself. She lived every day of her life for her family, friends, coworkers and community. She truly had a heart of gold.

Colleen was predeceased by her father and her husband. She is survived by her daughter Dani (Erik), four grandsons, mother and six siblings.

A memorial service is being planned and will be announced at a later date. In lieu of flowers, the family asks that you donate in Colleen's memory to a charity of your choice.