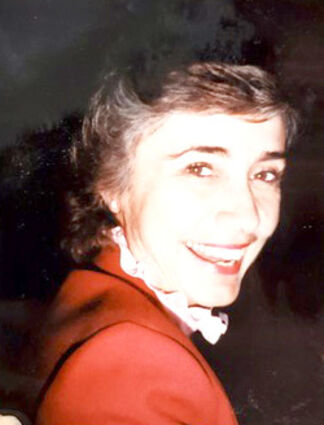 Eva was raised in Addy and attended school in Chewelah. In 1958 she graduated from Jenkins High School then moved to Spokane, WA where she attended Kinman Business School. While in Spokane, Allie caught the eye of a young man named Dennis (Denny) Jackson. Denny and Allie began a courtship that led to their marriage in 1961. They relocated to Coulee Dam, WA and began a family. Allie was a homemaker, staying home to raise their sons, Robert and Randy. When the boys were older, Allie worked at the family Chevron in Nespelem and at Napa Auto Parts in Grand Coulee. Some of her fondest memories included taking walks to the local drug store with the boys and her best friend to have a Coke.

Allie enjoyed her later years living on Waitts Lake. It was her place of delight, and she spent many mornings walking around the lake with her friends or worked on genealogy from her lake facing den. After a few years she moved from her lakeside home returning to Chewelah. As her health began to slow her down a helpful hand became necessary and Allie moved to Brookdale Park Place, an assisted living facility, located in Spokane Valley. She resided there for four years until June 2021, when she moved to Callaway Gardens in Richland, WA, where she spent the remainder of her life.

Allie had a passion for purple and it was her intent to surround herself with everything as "purply as possible". She enjoyed many hobbies, including collecting antiques and sports memorabilia. She loved spending time on genealogy and meeting new family members through her research. She was a member of the Daughter's of the American Revolution (DAR) where she met people who were as enthusiastic about genealogy as she. Her favorite music artists were Conway Twitty and Billy Ray Cyrus. Allie loved reading James Patterson, completing crossword puzzles from the newspaper, watching re-runs of her favorite westerns, and keeping up on her soap operas. One of her favorite past times was sitting in her favorite chair watching and rooting for the Seattle Mariners. Allie enjoyed traveling to visit family across the U.S.A. Every summer she would visit family in Eureka, MT and explore her Costich lineage. She sustained friendships through playing pinnacle, and other card games, setting lunch dates, and became an accomplished league bowler with countless games and outstanding scoring. Allie was a highly independent character with a big heart. She willingly extended her hand to those in need and lent an ear to those who needed someone to listen.

A graveside service with ash committal will be held at 11:00 a.m., Friday, September 24, 2021 at the Chewelah Memorial Park Cemetery in Chewelah, WA. Pastor Shane Moffitt will officiate. Memorial contributions may be given to the St. Jude's Children's Research Hospital to which Allie generously gave. Please visit the online memorial and sign the guestbook at http://www.danekasfuneralchapel.com. Danekas Funeral Chapel and Crematory is entrusted with the arrangements.