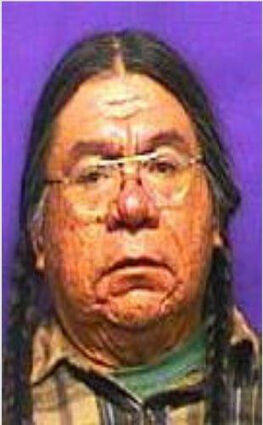 Terry S. "Juppo" Francis Jr., 64, Wanderer, Story Teller and proud member of the Confederated Tribes of the Colville Reservation, passed on to his fathers, Saturday, July 24, 2021 from Seattle, Washington. Juppo entered this world on Tuesday, January 17, 1957, to Terry S. Sr. and Dora Owhi-Francis in Nespelem, Washington. Juppo was on Chemawa Indian School, "Brave" football team in Salem, Oregon, graduating in 1975. He went on to attend college in Wenatchee, Washington. A member of Longhouse who loved going to pow-wows and rodeos, Juppo was an all-around handy-man who could fix just about anything. He enjoyed hunting, fishing, watching sports, going to casino and especially "Hitchhiking." Juppo would enter the car as a stranger and after sharing stories with the driver, at journey's end - leave the car as a close friend. And he even hitchhiked when he hunted, carrying a small cooler in his backpack and choosing his deer which he knew would fit, skin it and cut up to carry home.