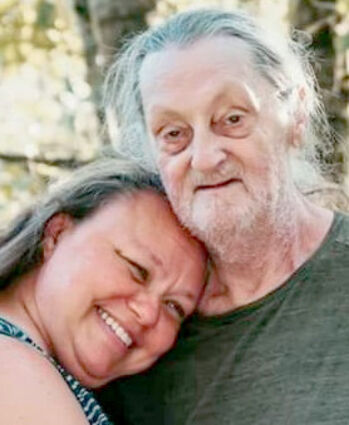 Travis Leroy Dobson quietly passed away at home from his brave battle with cancer on Tuesday, July 27, 2021, with the love of his life Susan Dobson Hutson by his side.

Travis was born January 1, 1954, first New Year baby, in Cottage Grove, Oregon, to Ival and Donald Dobson. Later the family moved to Ketchikan, Alaska, where he spent his childhood. His later teenage years he moved to Brewster, Washington and worked in the family orchard and various orchards around the area. He met his soulmate Susan Hutson and they married April 5, 1974. They started their new life in Yakima, Washington, had their beautiful daughters Angelia Lynn and Sabrina Sue. Then they moved to Vancouver, Washington, and worked there for many years, relocating to Salem, Ore. They later retired and moved to Grand Coulee, Washington.

Travis loved fishing gold panning and riding his bike. Most of all he loved any time he got to have with his daughters and grandchildren.

He was preceded in death by his mother Ival and father Donald Sr.; brother Larence (Larry) and sister Elizbeth Kennick.

He is survived by his wife of 42 years, Susan Dobson Hutson; daughters; 6 grandkids; 6 great-grandsons; Alaska family Curtis, David, Donald, Dale and many nieces and nephews.

Memorial services will be held at 11 a.m., Saturday, August 14, at the Lutheran Church in Grand Coulee, Washington with a light luncheon to follow.