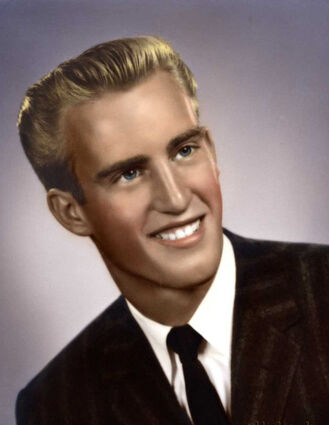 William E. "Bill" McCarty, 79, passed away Tuesday afternoon, July 20, 2021, in Grand Coulee, Washington.  Bill was born Sunday, June 28, 1942, in London, Ohio, to William E. & Emma L. Holcomb.  His mother later remarried - Ross McCarty, Jr. and Bill chose to officially change his last name to "McCarty."  Bill graduated from Union High School in Milford Center, Ohio, and in 1961 enlisted with the United States Air Force.  He served his country as jet fighter mechanic for four years, completing his duty in 1965 as an Airman First Class.  Following his honorable discharge, Bill worked for Dennison Engineering in Ohio; as a machinist, an aircraft mechanic for both Boeing Aircraft in Washington and Wings Airways in Alaska; a mechanic for Wright Chevrolet in Grand Coulee, Washington and as a construction laborer with both Local 440 in Seattle, Washington and Local 386 in Kennewick, Washington.

On Friday, June 9, 1999, Bill married the former Renee Helms at the historic Parks Wedding Chapel in Reno, Nevada.  To say that Bill was an active member of the loyal order of Moose Lodge #504 of Grand Coulee, Washington would be an understatement. He was a Trustee, Lodge Governor, and Lodge Administrator from 2006 to 2021. He also served as District 6 President for several years.  He was a member of the Moose Legions and had received his Moose Fellowship degree. In 2014, under Bill and Renee's oversight, Moose Lodge #504 was recognized as the Grand Coulee area "Business of the Year."  Bill also belonged to the Eagles Aerie #2577 in Grand Coulee, Washington.  Prior to becoming the Administrator of the Moose, Bill was an avid gardener and grew over 200 tomato plants for which he supplied to many area restaurants. He also gave assorted vegetables to family and friends. Bill also enjoyed car racing on the oval track as a driver, watching NASCAR, hunting. fishing, and just spending time in the out-of-doors.

Strate Funeral Home of Grand Coulee, WA is caring for the family.