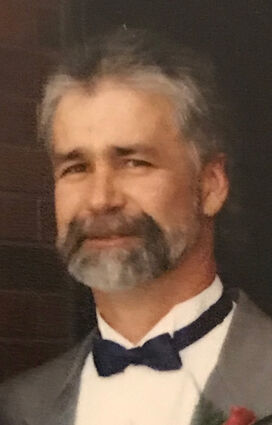 Bob was born February 12, 1952, to Walter "Gene" and Wilda (Bell) Harden in Spokane, Washington, and was raised on the family wheat family north of Almira. He attended school in Almira and graduated from WSU with a degree in agriculture. Following graduation, he returned to the family farm. After an accident in 2001, he leased out the farmland but continued to live in the family home.

He had a great sense of adventure and enjoyed flying his ultra-light, scuba diving, and his motorcycles. At the time of his accident, he was building a gyro-copter.

He is preceded in death by both parents,sisters Connie Harden and Sandra Willcocks and his beloved dog Percy.

He is survived by his sisters Kitty (Leonard) Eagle and Joyce (KT) Golding and good friends Mitch Sorensen and Gary Larson. He was the cool uncle to Chad (Dana) Eagle, Blake (Angie) Eagle and Beth (Gary) Kintner.

A celebration of life will be held at a later date in Almira. Memorials can be made to the Almira Cemetery in his honor.