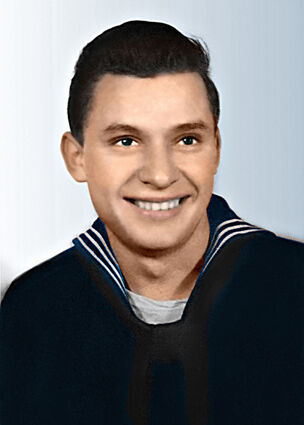 Ronald passed away June 9, 2021. He was 92. Ron was born, a fraternal twin, Oct 24, 1928 in Okanogan, WA to Alexander (Joe) Joseph Schreiber and Lydia (Dahlke) Schreiber. At that time the family, which included 1 yr old brother Jerry, resided at the logging camp at Disautel, WA. Imagine life with 3 boys under 2 yrs old, living at the logging camp going into the winter of 1928; amazing. Ronald was 4 years old when the family moved to Electric City, WA. The family house built in 1932 still stands on Schreiber Ave., named for the first street residents there. Electric City would be Ron's residence for the next 86 years.

Stories abound around the "legends" of life growing up in Electric City and Ron's escapades. His friends would comment about his trustworthy and absolute friendship and, sometimes, his quick temper. He lost his twin brother, Donald, to a biking accident 2 days following their 12th birthday.

As soon as he could, at 17 with his mother's permission, he enlisted in the Navy. Following one reenlistment, Ronald was discharged from the Navy and returned home in Oct 1949. In the whirlwind of the times, he met, courted and proposed to the love of his life, Alma Ayling, of Coulee Dam, WA. They were married on Nov 26, 1949, 40 days after Ron's return home, and continued steadfast for 67 years until Alma's passing in 2016.

Ron & Alma purchased their first and only home site on Grand Ave in Electric City in 1955. The house was remodeled multiple times, mainly DIY by Ron and good friends, Don & AJ Gerard. Their house, their big garden and everything surrounding built immeasurable fond family memories for multiple generations.

Ron was an ironworker. In the early years he "boomed out" on many construction projects throughout the area. He started at USBR - Coulee Dam on a temp status in Oct 1967. He became full time in Dec 1967 and remained until he retired in 1987, spending most of his years as a Rigger.

Ronald and Alma loved to travel. They visited China, Russia and numerous European countries. They also enjoyed camping and traveling with their 5th wheel. Swan Lake was their favorite where they visited many times each summer and taught the grandkids to fish. The kids all thought Gramps was incredible. He not only knew how to catch fish but was the only one quick enough to spot pink elephants in the woods. During winters Ron & Alma would head south to AZ staying at both established sites and "boon-docking" in the desert.

Ronald suffered a serious stroke following heart surgery in 2010. Although his ability to do so was effected, Ron always loved to get around and "visit" with friends. He was grateful for all his friends and acquaintances.

In 2017, to be close to family for care, Ron relocated to AZ and in 2018 transitioned to an Assisted Living facility close by. We were fortunate to have brought Dad home from the Assisted Living facility in Feb 2020 prior to the COVID lockdowns. He stayed at home from that point under the watchful, vigilant care of daughter Laura until his passing. 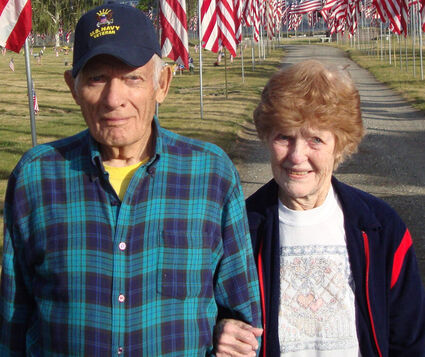 Ronald was preceded in death by his wife, Alma (Ayling) and all his siblings; brothers Harry (7 mos.), Jerry and Donald and younger sister Wanda Hirst, whom he was very close to. He is survived by his children, Laura and Roger (Pam) both of Buckeye, AZ; grandchildren Jennifer of Hebron KY, Kimberly Beavers of Buckeye, AZ and Douglas (Lisa) of Surprise AZ; seven great grandchildren: Vanessa, Ryan, Ashton, Allysa, Alivia, Dylan and Sadie; and three great-great grandchildren: Morgan, Garrett and Rowan. For all of us, the "legends" and the love live on.

The family is planning a celebration in the near future, timing yet undetermined, for the final solemn resting place of both Ron & Alma's ashes.