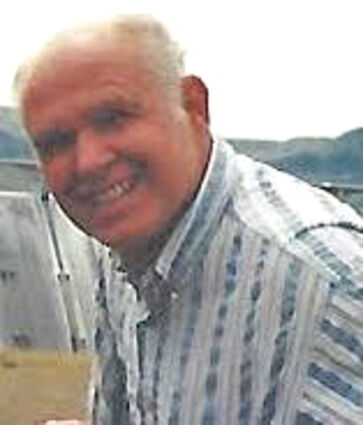 He married Jeanie Rauch on July 21 1962, in Grand Coulee, Washington. He was proceeded in death by his wife Jeanie of 43 years. Together they raised two children.

He is survived by his daughter Lisa Ray (Todd) and their daughter Sierra Ray; son Mark Beery (Denise) and their children, Kalyn, Courtney, and Anna Beery; two great grandchildren Kael and Radley Beery. He is also survived by his sister Joann (Paysse) and Rosalie (Scallan) and numerous nieces and nephews.

Dick held several jobs including four years of service in the US. Navy from 1955-1959 but most notably was his 28 years as a truck driver and laborer for Grand Coulee Dam USBR (U.S. Bureau of Reclamation)

Dick loved and enjoyed spending time with family in their boat on Lake Roosevelt during the summers water skiing, and soaking up the sun. He was also an avid outdoors man and enjoyed hunting and fishing. Dick enjoyed walking and would walk several times daily around town. He was always there to lend a helping hand to family and neighbors or anyone that needed help.

Dicks final resting place will be in Spring Canyon Cemetery in Grand Coulee Washington. In honor of Dick's wishes, there will be no funeral services.