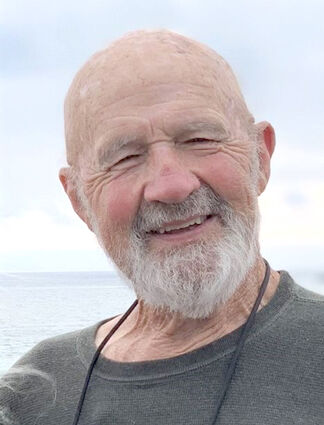 Bob Bruno, 78, passed away at his son Josh's home on Sunday, May 9th, 2021. Bob was born April 18, 1943 to Batiste and Evelyn (Eads) Bruno in Cle Elum, Washington. Bob graduated from Auburn High School and went on to become a builder. He was a gifted craftsman who specialized in log homes, though his talent extended far beyond. Bob built several prestigious projects such as the Trader Village Shopping Mall in Oak Harbor and the Eagle Lakes Ranch Lodge in Othello. His projects took him east to Montana, north to Alaska, and as far west as Japan. While working on these projects, Bob met many clients who became lifelong friends. On March 29, 1974, Bob married Beverly Harris, the love of his life. Together, they raised three sons. Bob and Bev enjoyed traveling together as well as spending time with family and friends. Bob is survived by his wife, Bev, of 47 years; his sons Justin (Heidi), Josh (Jessica), and Joe (Hayley); and his grandchildren: Ben, Stephanie, Damiana, and Isabella.

Memorial services for Bob will be determined at a later date. Leapin' lizards.