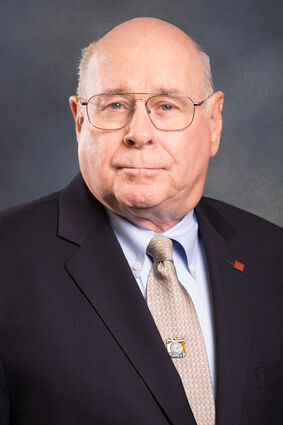 On Monday, April 19, 2021, the Columbia River Inn lost one of its owners, Mr. Michael Bradley. Mike passed away at home in Shelter Bay, In LaConner, Washington from the after-effects of a stroke.

He was very fond of the Grand Coulee area and his monthly trips to the Inn were a highlight for him. He was passionate about promoting business in the area and worked hard to that end.

In January of 2020 Mike turned over the management oversight of the Inn to Natalie Foskey of Key Choice Commercial (formerly Bradley Commercial Real Estate), Lynnwood, Washington, as he had decided to retire finally and completely. Natalie had purchased Bradley Commercial Real Estate from Mike in 2017; however, he remained very active in the industry, and retained management of the Columbia River Inn until January 2020.

Michael (Mike) Raymond Bradley, 82, was born in Seattle, Washington, on April 23, 1938 to Larry and Ethna Bradley. He was the oldest of three boys. His brothers were Peter and John Bradley.

He spent his childhood largely in two places, West Seattle and Richland, Washington. In West Seattle he was surrounded by many family members on his maternal side. His West Seattle childhood provided the basis of his values of family, love of the outdoors and gardening. He spent his high school years in Richland. He was a proud Richland Bomber for his entire adult life.

In 1964, he was married to Ellen Hoarty. They were married for 56 years. Together they had 4 children and now have 11 grandchildren. Their children are: Anne (Jack) Callaghan, Chris (Lisa) Bradley, Larry Bradley, and Mary Bridget (Stuart) Smith.

Mike was a Commercial Real Estate Broker for many years. He worked all over in Western Washington with a specific focus in the East side and Kent areas. He was a proud member of the CCIM, Certified Commercial Investment Members organization.

Mike was an incredibly curious person, and a voracious reader. He enjoyed the outdoors, especially if the outdoors included water and a fly-fishing rod. He loved to drive all over and would do so at a drop of the hat to go fishing, have a good meal or take a nap in a beautiful place in nature. He had a tremendous drive and will to live. He did not want to miss out on anything.

There will be a celebration of life later in the summer.

Memorial donations can be made to either

Condolences for the family can be sent to: