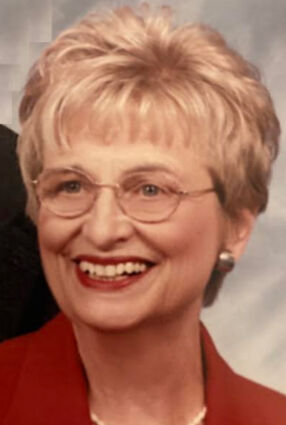 Joyce Marilyn Amenell passed away March 26, 2021, after a battle with dementia.  She was born in Lincoln, Nebraska, to Frederick and Hilda Miller on August 2, 1935.  She graduated from Lincoln High School in 1953, and from the University of Nebraska in 1957.

She became a schoolteacher taking her as far away to Ramey Air Force Base in Puerto Rico.  Upon returning to Lincoln, she met Dick Amenell where he was serving in the United States Air Force. They got married on July 24, 1960.  They lived at bases in California and in Michigan.  After eight years in the service, they stayed in California for several years where her two children were born.  She was a school teacher, a homemaker and a Cub Scout leader. The family moved to Grand Island, NE in 1979 where she worked in a high end clothing store.  Then they moved to Electric City, Washington in 1984.  While in Electric City she was involved with a writing club for children's stories. Also, she acted in local plays with the Plant Earth Players.  She played the lead role in the female version of the "Odd Couple" and the plays "See How They Run" and "Lil Abner".  She was an active member of the Coulee Dam Community Church.

After 10 years in Electric City they moved to Soap Lake, Washington.  She taught English to Japanese foreign exchange students in Moses Lake.  She kept active playing Bridge, going on walks, swimming laps also she was an active member and leader of Bible Study Fellowship.

Longing to retire in a historic area, they moved to Newport News, Virginia in 1997 where they enjoyed listening to live classical music, visited many historical sites, and met their goal of traveling to all 50 states. They also took several trips to Europe. They moved back to Washington settling in Spokane in 2015.

She was preceded in death by her parents, one brother Fred Miller, one sister Virginia Stettinger and one granddaughter, Rochelle Amenell.