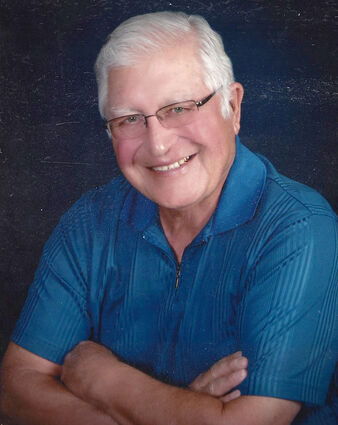 Larry Dean Boyd, 84, the loving Husband, Dad, Papa and Tupa, passed away on Sunday,March 7, 2021, in Grand Coulee, Washington, with his family by his side. While gone was the agony of the cancer Larry fought for two decades, also gone were Larry's ice fishing on Owhi Lake, picking huckleberries at Gold Mountain, hunting in Hellsgate, chipping-in at Banks Lake, prowling the stands at State B and cheering for his daughters and grandchildren.

Larry was borne to Norman Alonzo and Catherine Rickard-Boyd on February 27, 1937, in Colville, Washington. Primarily raised by his mother, Grandmother Rickard and his 5 uncles, whom Larry adored, Larry prized his family's love and support, becoming the pillar and patriarch of his family of two daughters that extended to 5 grandchildren and 8 great-grandchildren. Larry and Gerry's homes in Nespelem, Elmer City and Coulee Dam headquartered family and friends for graduations, baptisms, anniversaries, Thanksgivings and Christmases.

Dark and handsome, Larry caught the eye and heart of Gerry Laramie while at Inchelium High. Larry and Gerry were soulmates, marrying on October 12, 1957. They were inseparable throughout their lives, continuing to hold hands like teenagers, even through the moment of Larry's passing.

Larry was competitive, athletic and loved all sports. He competed in Basketball, Baseball, Track and Boxing for the Inchelium Hornets, where he was a Captain high-scorer and Athlete of the Season. He played basketball and softball on several town and all-Indian teams. He especially enjoyed teaming with his brother, Gary Boyd, on Indian Relays. Larry found there was no golf course he did not like, playing throughout the country during his retirement, scoring two holes-in-one. A highlight was a TV camera catching Larry following Tiger Woods at a PGA tournament. Larry attended State B Basketball in Spokane every year when Larry and Gerry were not traveling. Unfortunately, Larry missed the Inchelium Lady Hornets winning the state title in 2020. Larry avidly followed the Lake Roosevelt Raiders, the Gonzaga Bulldogs, the NBA, the GPA, the Mariners and Seahawks. Larry's greatest joy, though, was cheering alongside any court, field, track or course where his children and grandchildren competed.

Larry earned his AA degree in Forestry and worked his entire career tramping in the Colville Reservation's mountains and forests for the Colville Tribe and BIA, retiring in 1994. Larry was respected for his knowledge and fairness by, and was a mentor to, his workers. After retirement, Larry looked forward to summers with Tribal Fisheries, expertly and efficiently filleting salmon with the knives he kept razor sharp. Larry and Gerry explored the USA and Canada for several years in their RV and were snowbirds in Yuma, Arizona. Of course, Larry played golf several days each week and medaled in multiple events of the Arizona Senior Olympics. Larry always maintained a large garden, raising the best radishes.

Larry was a proud member of the Colville Confederated Tribes and belonged to the Sacred Heart Catholic Mission in Nespelem, Washington. He spent many years on the Board for the rural electric association and was active in the Grand Coulee area Moose Lodge, the Fraternal Order of Eagles and the Banks Lake Golf Course. 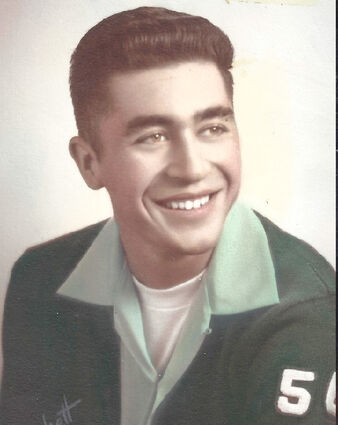 A celebration of Larry's life will be held at the Nespelem Community Center at 7 pm on Friday, March 19, and a burial service at the Hall Creek Cemetery near Inchelium on Saturday, March 20 at 11:00 am.

Fond memories and expressions of sympathy may be shared at http://www.stratefuneral.com for Larry's family. Donations in Larry's memory may be made to charities of a donor's choice.