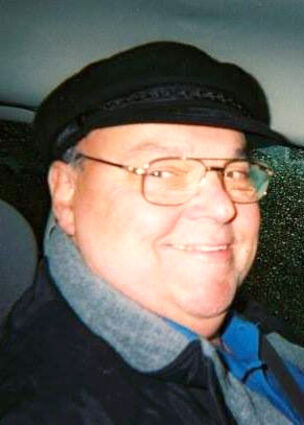 On Wed., Mar. 3, 2021, long-time Aberdeen resident William "Bill" Allen Simpson passed away at Providence St. Peter's Hospital in Olympia,Washington, at the age of 80. He fought a brief battle with cancer supported by many friends and his family.

Bill was born on Dec. 31, 1940, at Tacoma General. This would be the same location his son and granddaughter were born, a fact he was very proud of and would often share with others. His parents, William B. Simpson and Maxine E. (Stenberg) Embree, raised Bill and his older sister in Tacoma, Washington. He graduated from Willison High School in 1959, quickly enlisting in the US Army, and proudly served his country. Bill returned home from the Army after the passing of his father to help support his mother.

Over the years, Bill became the proud father of 7 children and 2 stepchildren. He married his wife Colleen (Bryant) Simpson in 2003 in a small intimate ceremony. They thoroughly enjoyed being part of Aberdeen and surrounding communities together. Bill and Colleen enjoyed sight-seeing car rides, many beautiful friendships, and spending time with their grandchildren.

Bill was committed to Aberdeen and the Grays Harbor area through years of dedicated civic service. In addition to spending 26 years on the Aberdeen city council and 8 years as the mayor, Bill worked at his local JCP store, serving customers in his community for over 30 years. He was known for his unconditional kindness, services to others, smile and hugs, and building friendships all over the community.

There will be a private family graveside service with military honors at Tahoma National Cemetery. A celebration of Bill's life will be decided at a later date and time.

Bill touched many lives, and he will be greatly missed. Revitalization and art were a huge part of Bill's vision for Aberdeen. In lieu of flowers, donations may be made to the Aberdeen Art Center, 200 W. Market St., Aberdeen, WA 98520.