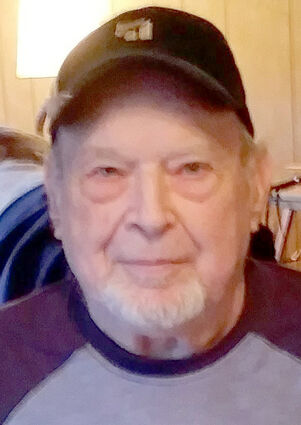 Theodore (Ted) Edward Wolf, passed away suddenly at his home in Yakima, Washington, with his wife by his side on December 21, 2020.

He met his first wife, Wanda, in 1957, and married her in 1962. Ted and Wanda had three children and they were his pride and joy. Ted also loved weight lifting, boxing, working out and riding his motorcycle. Ted learned machining in the Navy, and took it up as a career for 50 years. He had his own machine shop for many of those years.

He retired from machining and then became a truck driving for 10 years. He met his current wife Helen, at a Super Bowl® party (the first time the Seahawks went) and they married November 6, 2006. They bought a bar in Grand Coulee, Washington, that had been closed for 15 years, renovated it and opened "The Wolf Den" December 27, 2007. They ran it for eight years and then decided to have a new adventure and went out on the road driving truck. Helen got her CDL and they went out on the road together until Ted retired for the last time, November 19, 2019.

Ted had the funniest sense of humor and was loved by all!

A celebration of life will be in late spring.

Rest in peace my sweet man until we meet again.