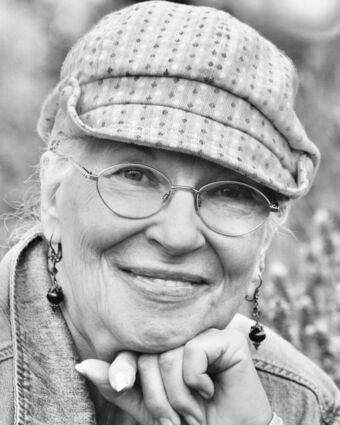 Early on Saturday, November 14, 2020 beloved great grandmother, grandmother, mother, aunt, sister and wife Mavis Gorman passed away in her home surrounded by her three children.  She was 89 and passed just a few days shy of her 90th birthday.

Mavis was born on December 8, 1930 in Jamestown North Dakota.  The first child of Ed and Alvina Klundt she was soon joined by her sister Betty. Ed farmed wheat with a team of draft horses, Alvina kept a garden. The farm had a family cow, raised turkeys and geese, Alvina made cottage cheese, kept a crock of pickles, and canned everything. After church on Sundays the neighbors would gather for haircuts, a meal and to play old-time country music.  Ed played the fiddle and could bow a saw; His brother could whistle any tune and other neighbors played instruments.  They would talk, joke and there was even whispered discussions about moonshine.

A true Child of the Depression in the first six years of her life Mavis experienced the fierce Dakota winter blizzards, tornados, locusts, drought and the terrifying dust bowl storms when the sky would turn black and the dust would seep through the walls.  In 1936, like so many driven from the land, her parents decided to migrate West for work.  Alvina saw a Travel Trailer display at the county fair and using her design, Ed built a little trailer.  They hitched it to their Ford Model A hardtop coupe and headed for work on the Grand Coulee Dam.

To establish residency in Washington, the family spent the first year as migrants, working the harvests near Wenatchee.  Mavis's job was to sit on a blanket near the field and watch after her little sister Betty.  Once Ed qualified to join the Carpenters Union, he went to work at Grand Coulee and after work built a family a home on Roosevelt Drive in Grand Coulee Heights. As teenager, Mavis's most important possession was her bicycle.  She loved the feeling of freedom and rode it everywhere.

In 1948 Mavis graduated as Salutatorian from Grand Coulee High School.  About that time, she started dating Bill Gorman and on May 20th, 1950 Bill and Mavis were married in a church filled with fresh Lilacs in a lovely candlelight service.  Followed by a sit-down dinner in the home built by her father.  Bill was the youngest son in a big Irish Catholic family with four brothers and two sisters. Mavis was quickly adopted into this big family and over time became a favorite Aunt to dozens of nieces and nephews.  Bill and Mavis's home through the years was always a haven of unconditional love and acceptance.  She is remembered fondly for always being available to council, support and nurture anyone one who visited.

Once married, Bill and Mavis began careers with the Federal Bureau of Reclamation starting with the Grand Coulee Dam project.  They then worked on construction projects in Montana, Idaho, California and in 1967 returned to Grand Coulee for the Third Power Plant project.  Mavis started in the typing pool and over the years rose to become the Personnel Officer for the Third Power Plant project at Grand Coulee Dam.  When Congress passed the Civil Rights Act and established the EEOC Mavis was given the responsibility of implementing the Equal Employment regulations for the Grand Coulee project.  She took this task seriously and was a pioneer working diligently to create fair hiring opportunities for women, Tribal Members and other overlooked minorities.  Mavis spent the last years of her career working for the Parks Service and said it was her favorite time spent on the job.  She retired from Civil Service in the 1986.

In 1968 Partnering with her good friend Rev. Mack Farmer, she undertook the very controversial effort to consolidate the Grand Coulee and Coulee Dam school districts.  After a fierce battle the campaign succeeded with the 1972 graduating class of the new Lake Roosevelt High School.

Mavis was always an unfailing fair, kind and generous person.  Many adversaries mistakenly took her sweet nature for weakness.  But when challenged Mavis could unleash a righteously fierce and blisteringly articulate temper.  In political arguments, her work on equal employment and in the battle to consolidate the schools more than a few people remember having their head handed back to them.

In 2000 Mavis and Bill moved to Bellingham to be close to their three children.  Bill and Mavis were married for 54 years.  She loved Bellingham passing her last 14 years in her own home, growing a beautiful garden and enjoying the company of her children, grandchildren and great grandchildren.

When a gathering is again possible her remains will be laid to rest next to her beloved husband Bill in the Spring Canyon Cemetery in Grand Coulee.

Memorials can be sent on her behalf to the Whatcom Hospice Foundation in Bellingham.