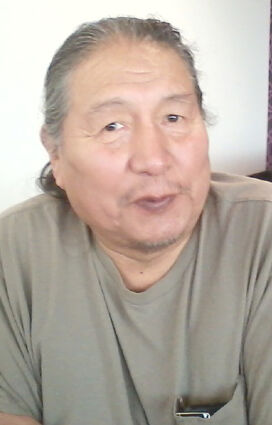 Darryl Dominic Moses left us in the early morning hours on Wednesday December 23, 2020, due to a massive heart attack.

He was born September 1, 1949, to Raymond Moses and Mary Dick Moses. Darryl was a member of the Catholic Church, a Vietnam Veteran, and a welder by trade. He was employed through the Colville Confederated Tribe before the corona virus became an issue and deemed a non-essential employee.

Dressing was at Precht Funeral Home in the late afternoon of Wednesday, December 23, 2020. He was moved to the family home in Disautel for the night. Burial was on Thursday, December 24, 2020, at Little Nespelem Cemetery.