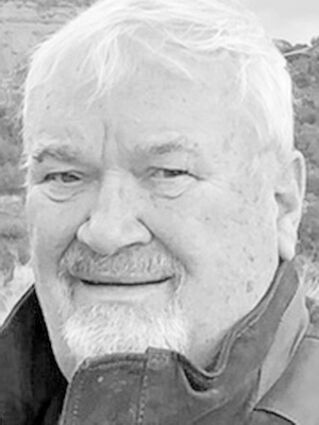 Ron Kerby went to Heaven on December 18,2020. He was 82 years young. He now rests in our Lord for eternity. Ronald Eugene Kerby was born in Orofino, Idaho May 4th 1938. He was the oldest of three boys born to Clair and Elinor Kerby. The family moved from Orofino to Grand Coulee where his dad Clair worked for the school district as a bus driver and taught school for ten years. His mom, Elinor worked as a clerk in a small boutique. Growing up, Ron and his brothers Jerry and Dean were active in many sports. Ron and Jerry especially enjoyed riding their own horses. Ron attended school and graduated from Grand Coulee High School l956.

The family then moved to Pasco, Washington, where Ron attended Columbia Junior College and worked at a local gas station. He then moved to Seattle where he attended University of Washington and spent one summer working as a guide at the 1992 World's Fair for the U.S. Space Center Pavilion. He was proud that he got to meet several astronauts as well as many other celebrities. Ron transferred from U W to Central Washington College where he earned both his BS and MEd in education. He taught math one year at Morgan Junior High in Ellensburg and met the love of his life, Mary Ellen Ames. They were married June 6,1964 in Ellensburg. Ron was married to Mary Ellen for 56 years. They lived in the same home in East Wenatchee for 55 years.

After they were married, Ron went on to teach Math and Science at Eastmont Junior High in East Wenatchee where he eventually coached girls and boys golf at Eastmont High School. His crowning achievement was taking both boys and girls to State championships over the years. He also coached Kirstan and David in basketball, soccer and softball.

Ron loved working on the railroad and for seven summers supplemented the family's income by working on the Fairbanks to Anchorage Railroad. Some of his students affectionally nick named Mr. Kerby Fozzy Bear which stuck with him for years. He would often entertain his students in the classroom telling about his adventures on the railroad. Especially those adventures that took his train through Denali National Park( Mt. McKinnley ) and other Alaska points of interest. Ron loved his students even the ones who didn't always appreciate his teaching methods and philosophy.

Ron belonged to Faith Lutheran Church, Three Lakes Golf Club, Wenatchee Gun and was a member of the Purple Garters, Job's Daughters. Ron had travelled in the United States and in many foreign countries including, England, France, Russian, Norway, Spain, and Italy. He served in the National Guard in Pasco and was honorably discharged in Wenatchee in 1964.

Ron and Mary Ellen have two children, Dave and Kirstan. He taught both his children Math at the junior high in Eastmont.

Ron encouraged his children to reach for the stars and he was very proud of all of their efforts. He reminded all of us that we are responsible for our own happiness. In that light, Ron made himself happy by hunting, fishing, fly- tying, shooting trap and golfing. He won local golf and shooting tournaments. His hunting dogs were special in his life and with their help made sure the family and friends enjoyed many tasty bird or venison dinners. He taught for 35 years. His pride and joy were his grandchildren, Sage, Lakota and Indika.

Ron was preceded in death by his father and mother, Clair and Elinor Kerby and one brother Charles Dean Kerby. Ron leaves behind his wife Mary Ellen, brother Jerry Clair Kerby and his wife Clea, his daughter Kirstan Elizabeth Kerby -Yalcin and son-in-law Bora Yalcin, son David Warren Kerby and his fiancee Jill Laverne Lyon and three grand children, Sage Vai Hansen, Lakota Wolf Kerby and Indika Starr Kerby and many, many wonderful memories of 35 years of teaching and a lifetime of good friends. A memorial service will be held in the summer at Faith Lutheran Church in East Wenatchee. Chapel of The Valley is in charge of the arrangements.