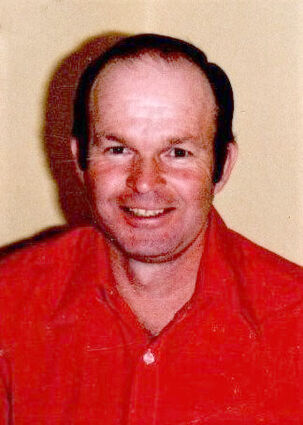 Robert Louis Pachosa, age 78, passed away in his residence, surrounded by family, on Sunday December 13, 2020 in Spokane, WA.

Bob's Grand Coulee Tigers boys basketball team won the State B Basketball Tournament in 1960 and Bob, with most points scored in the tournament, was named to the all state class B basketball team soon after. This led to basketball scholarships being presented to Bob from several WA state schools. He chose Gonzaga University his freshman year, then transferring to WSU to play basketball his sophomore year.

In the middle of his sophomore year, Bob decided to leave WSU to start his own business.

Bob broke ground in the spring of 1962 and by fall opened Rapid Roberts Drive-In in Grand Coulee, a hamburger and shake restaurant with 'World Famous Kurley Fries'. After an expansion remodel in the early 1970's Bob added pool and foosball tables plus pinball and video games. Rapid's became a 'town favorite' for the entire family during the day and is where the high school crowd hung-out in the evening. 'Rapid' ran it for over 25 years.

Throughout his life Bob has worked as a carpenter and builder, coming from a family that mainly worked in construction. Bob gained home building experience from working various construction jobs in the Coulee and partnering with his high school friend Wayne Snyder for many years. Eventually, Bob started his own construction company, running it for about a decade. Bob retired from construction to start the Gold House Inn B&B, an ode to his large yellow house on the hill, which he ran for 15 years before completely retiring.

At the age of 22 Bob married Georgia McManus and the next year followed Jimmy, 2 ½ years later came Dean and 4 ½ after that Cory was born. Bob loved his sons and shared with them many outdoor adventures, such as hunting, fishing, camping and picking huckleberries. Bob was good at fixing things and often took his sons along to help him with his various projects, teaching them constructions skills and other useful tricks in how things work.

Bob was close to his parents Metz and Anna, living within a block of them his entire life. They supported his endeavors, helping him start and manage the Drive-In and looking after his boys. Bob was able to care for his parents in their later years by helping with yard work, meals, appointments, and daily care.

Throughout his entire life Bob had a love of hunting, fishing and the outdoors, going on many fishing and hunting trips with his best friend Del Sanford, for geese, deer and elk throughout eastern WA. Goose season was fun for Bob as he sometimes had more than a dozen people join the hunt, but usually with smaller parties of 4 to 8. Some of the best stories that he told revolved around those hunts. Bob even converted his basement into a butcher shop, complete with walk-in cooler, band saw and meat grinder, which gave Bob and friends a place to gather, work and tell stories after each successful hunt.

Bob loved games, with Cribbage being his favorite. He played with his friends on a daily basis, whether at home or at the Drive-In, and seemed always up for a game with his sons.

Bob enjoyed throwing parties, a tradition he learned from participating in the large Pachosa family reunions in Grand Coulee. Bob held many gatherings at Rapid's and sometimes would invite his friends for food there after a night of dancing. For over two decades Bob hosted an annual Rapid's Christmas party for friends and relatives, eventually moving the party to his house for 'Bob's 50th birthday party' which he held annually for many years.

Bob loved Grand Coulee, promoting it to his B&B customers whenever he could. He also appreciated being a longtime board member of the local Chamber of Commerce, volunteering his help at events for many years and was voted Achiever of the Year.

With a family tradition of staying with relatives, Bob traveled much of the US, visiting his brother Matt in Florida, niece Theresa in Los Angeles and many cousins across the US in TX, DC, PA, MD, AL, CO & AR. Bob went many times to visit relatives in West Virginia where his parents grew up, and on a few occasions took his sons. He traveled internationally to Acapulco Mexico and New Zealand as well. In addition, Bob went on many trips to Las Vegas as he enjoyed the nightlife of shows, gambling and entertainment. For years in Coulee, he would go down to the Wildlife Restaurant with Georgia on the weekends to dance to live music and associate with friends.

Bob was always adding a new hobby and changing from one to the next like working jigsaw puzzles in the winter or making cake in a jar. During his B&B years, one thing Bob enjoyed a lot was making jam. He would take his freshly created preserves and hand them out to old and new friends alike, playfully saying, "I want my jar back!" When someone returned an empty jar, Bob produced another jar of jam for them, repeating the phrase with a smile. Bob also enjoyed the seasonal weekly yard sale circuit in the greater Grand Coulee area, shopping for brass and bringing home little treasures here and there. He liked visiting with his 'yard sale friends' and neighbors, while also handing out the occasional jar of jam.

One of the great joys in Bob's life was to spend time with his grandkids Grant and Lauren. Teaching them to how to make jam, exploring and showing them around the greater Grand Coulee area, touring the dam, picking blackberries at Seaton's Grove and spending time visiting and watching them play school sports in Kenmore, WA.