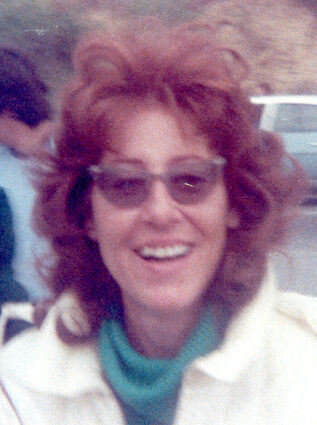 Lois Jean Pierce passed away on Tuesday, November 17, 2020, in Davenport, Washington. She was born on September 10, 1936, in Merced, California.

She was active at home and in her community with a fiery independence. She participated in such things as the Ridge Rider Drill Team, volleyball teams and in exercise groups. The Planet Earth Players was one of her favorites, playing in all kinds of roles and performing tasks for the theater.

She worked hard at home and at various jobs with pride in a job well done. Her at-home life was filled with dancing, singing, butt whipping, fishing, hunting, swimming, sledding and playing with her children and animals. She always had dinner ready with an extra plate for company.

Jeannie was preceded in death, by her husband and lifelong love, Charles Andrew Pierce, and her precious granddaughter Jasmine Ray.

She left behind her three children: her loving son, Charlie, her daughter Barbara, who will carry on all her attributes, and her youngest, darling son, Dennis; her eight grandchildren: Mike, Rick, Kristy, Amber, Amanda, Jasmine, John and Rainy; and nine great-grandchildren: Alarah, Cameron, Bradyn, Skyler, Cash, Jude, Beck, Greyson and Damar.

Jeannie was also a woman who stood on her faith.

Her strength and spunk will be missed.