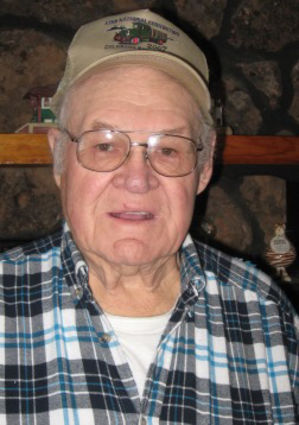 Lowell Hensley passed away Monday, December 7, 2020, after a short illness. Lowell was born in Newbridge, Oregon, June 18, 1936, to Logan Hensley and Alberta Pease. He was very young when his family moved to Mansfield, Washington and he spend most his life in the Mansfield Area. He only completed the eight grade and than went to work for his Uncle farming. In June of 1960 he married Kay Birch and had two children, Kathy (Ray) Wadsworth of Spokane and Kris (LaDonna) Hensley, LasVegas. He worked for several years for the Douglas County Road Department, he was always happy when he was running equipment.

He worked for several years for Ron Dezellem farming. In November 1977, he married Birdie (Rager) and moved to Elmer City, Washington. He worked at Grand Coulee Dam as a driller until Birdie and Lowell moved to Las Vegas in 1987. At that time Lowell went to work for the National Park Service where he retired from in July 1998. In 1998, Birdie and Lowell returned to the Grand Coulee Area and have enjoyed retirement. Lowell and Birdie has spent lots and lots of time traveling around the country in their RV. Lowell always enjoyed tractors and trucks so they attended several truck shows around the northwest.

In the past few years he has been known as the Nut Man. He cracked over 100 pounds of walnuts while watching TV in the garage.

He will be missed by all.

No services at this time.