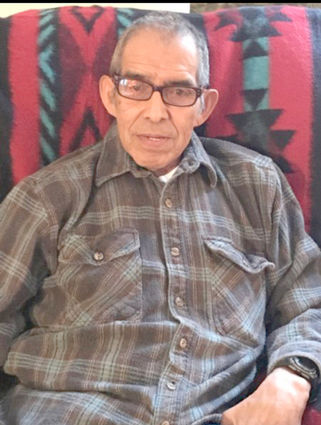 Francis John Michael Reyes, 83, passed away on Wednesday, December 2, 2020. He was born on May 24, 1937, in Nespelem, Washington, to Modesta (Abraham) Shadle and Catherino Reyes. He grew up in Okanogan County, graduating from Okanogan High School in 1955. Francis then joined the Air Force in 1955 serving until 1959.

Francis moved to Portland, Oregon and met and married the love of his life, Bonnie Overberg. They made their way back to the Grand Coulee Dam area in 1974 where they raised six children.

Fran was an enrolled member of the Colville Confederated Tribes, and worked there before taking a job at Grand Coulee Dam, where he retired in April 1994.

Fran lit up the world with his smile and laughter. His family was his whole world.

He was a member of the Eagles Lodge long ago and cooked many steak night dinners there. He not only cooked for the Eagles Lodge but you would also find him and Bonnie there during live bands cutting a rug to the likes of Kaw-liga by Hank Williams. He is probably now dancing in heaven with his lady love and daughter.

Due to the pandemic, the family has decided to not hold services at this time. A Celebration of Life will be held next spring.