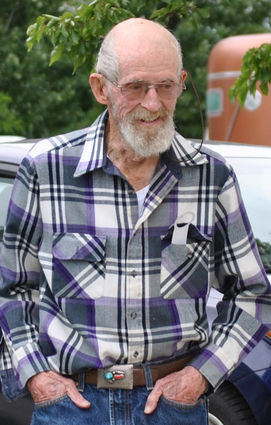 John Terry "Jack" McKissen was born in Grand Junction, Colorado, the fourth child of Harry Escol McKissen and Mary Ethel Handley. Doctors advised that Ethel cease child-bearing, as she was becoming increasingly thin, so Jack was her last child. The entire family was musical, playing and singing together frequently. News clippings show that he went to the Colorado-Wyoming spelling bee both years of junior high school. High school records show steady participation in FFA and Band, an IQ score of 131, and that he went directly from high school to Western State (Gunnison, CO) in 1953, at age 17. There he played trombone in the concert band as well as in a travelling dance band.

He took one year off to lead the dance band, billed as "John Terry and his Orchestra" on advertising posters. After receiving his Bachelor of Music Education in May 1958, he travelled to enter service in the United States Navy. His service began at the Officer Candidate School at Newport Rhode Island from July 1958 to April 1959, followed by three years' service on the U.S.S. Samuel N. Moore DD-747. Amongst other ports, Jack visited Seattle, Hawaii, Japan, Hong Kong, and the Philippines during his service.

A civilian again, Jack picked up his trombone, but found that disc jockeys had impacted the viability of travelling dance bands. Jack never stopped making music, but did return to school, earning his Master's of Education from Eastern State (Cheney, WA). He then taught music, first in Almira, Washington, and then for 27 years in the Grand Coulee Dam School District. It was in Grand Coulee that he met Alice Ann Walter, a home economics teacher. They married June 16, 1969, and produced two children, Alicia and Matt. Jack unfailingly supported his family members and students in their own interests, whatever those were. He remained a life-long learner and armchair traveler, as well as a musician, right to the end.

Jack and Alice were married for 50 years before Alice passed away, just ten months before Jack. Also predeceasing Jack were his parents, siblings, and one grandchild.

Surviving are Alicia, Matt, many nieces, nephews, in-laws, and grandchildren.

A memorial gathering will be held the afternoon of June 16, 2021, at Spring Canyon.