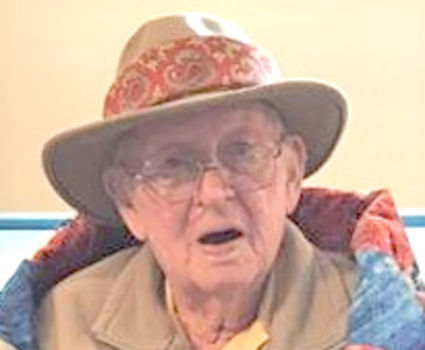 Dick was born Friday, August 3, 1928, in Portland, Oregon, to William Robert (Bob) and Mary Ellen Peddicard-Ross.  In 1933 his family moved to Grand Coulee, Washington, where his parents started "The Booster" - Grand Coulee's first newspaper, a one page mimeographed sheet of paper.  In 1935 they started a regular newspaper, "Grand Coulee News"; then after the "B" Street fire burned their "Grand Coulee News" office in July of 1937, they began the "Grand Coulee News Times".  In addition to his parent's papers, young Dick also delivered newspapers for the "Spokesman Review" and "Chronicle."  Dick's dad became postmaster in 1939, then in 1942, following discussions around the dining room table, the family decided to once again start another newspaper. At the suggestion of Dick's brother Merl, it was agreed that the new newspaper would be called  "The Star."

Dick graduated from Mason City High School in Mason City, WA (now part of Coulee Dam, WA).  Wearing number "33", he played right guard for the Mason City High School football team, which from 1943 – 1945 never lost a game.  Dick served his country with the US Navy, 18 months of his tour at U.S. Naval Station Adak", Alaska.  Following his honorable discharge, in 1948, 3rd Class Storekeeper Richard (Dick) Wilson Ross went to work for Nordstrom's Department Store. In 1968, after a successful career in merchandising, Dick and wife Margaret purchased the Quincy Ross' Department Store from his parents which was established in 1950. Dick and Margaret operated Ross' Department Store till they closed the store and retired in 1982.

As his parents before him, who were instrumental in establishing the Spring Canyon Cemetery in Grand Coulee, Dick was an active member of the Lions Club, American Legion, Ephrata Eagles and Lakeview Golf and Country Club.

Dick's legacy lives on through his sons: Dr. Robert Daniel Ross; USAF Colonel (Ret) Steven Elliot Ross (Julie), and Larry Stuart Ross (Rosie); step-children, Ed and Chet Moonie; multiple grandchildren and his significant other and "The Best thing that ever happened to me":  Freida M. Sebok.

Fond memories and expressions of sympathy may be shared at http://www.stratefuneral.com for Dick's family.