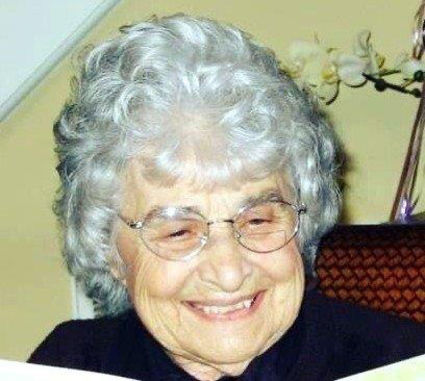 Genevieve was born December 19, 1917, in Mansfield, Washington,  to William and Pearl

She passed peacefully at Harmony House in Brewster, Washington, on July 24, 2020.

After her graduation she and Eva Radnovsky pastored in Goldendale, Washington for two years. Eva went into missions and Genevieve came back to the coast where she married Walter Wheeler (who also graduated with her from Northwest).  As Walter was pastoring in Spanaway, Washington, (what is now Sound Life Church), they continued to pastor there. Later they went back to Goldendale to pastor. During the time she was in Washington pastoring she spent most of her summers holding children's meetings and vacation Bible schools all over the Northwest District and into Mongtana. They also pastored at Poulsbo, Washington; pioneered the Twisp, Washington church; Electric City, Washington; Kinston, North Carolina; Wallace, North Carolina and Goldsboro, North Carolina.

When Walter retired, Genevieve took over the leadership of the Teen Challenge Girl's Home in Harmony, North Carolina.  They stayed there until their "final retirement" when she was 75.  They came back to Washington where most of their children lived.  They spent a number of years in assisted living in Brewster.  She passed away at Harmony House Nursing Home in Brewster. In the assisted living facility and the nursing home (until dementia took over) they said she was like a little chaplain going all over encouraging and praying for people.

Genevieve was preceded in death by her husband, Rev. Walter Wheeler, and her son, Rev. Paul Wheeler.

She leaves behind her other five children: Arlene (Roy) Brewer; Genevieve (Ed) Benintendi; Eunice (Elvin) Huston; Steve (Carmen) Wheeler and Dee (John) Lloyd; her foster daughter Bonnie (Ed) Smelser, and her daughter-in-love Anita Wheeler Secrist; 15 grandchildren; 20 great-grandchildren and two great-great-grandchildren. Besides all these, she leaves many foster children, orn, and surviving the Flu Epidemic in 1917-1918. She survived COVID-19 but passed during the

She saw so many changes in her lifetime, but one thing never changed - her love for God and people.  It seems fitting that the last people to be allowed to see her before the pandemic were a daughter, granddaughter, great-granddaughter and her two great-great-grandchildren who visited in Januaray to get a five-generation picture. It sums up her love of family and children.

Since dementia robbed her of the last years of her life, it is wonderful to think of her with a whole body and mind renewed in heaven with her Lord and

Please leave any thoughts and memories for the family at www.prechtrose.com.

Services are entrusted to Precht Rose Chapel of Chelan.