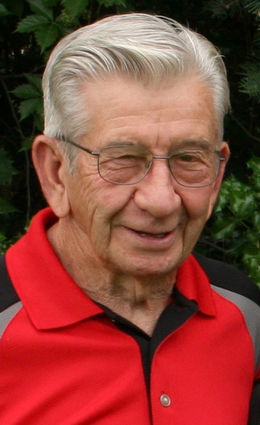 On Thursday, April 9, 2020, Tom joined his dearly departed wife in the eternal afterlife. He spent his last days in the home of his oldest son with both his boys and their families at his side. He was 79 at the time of his passing.

Tom was born in Rock Springs, Wyoming on September 3, 1940. He was the youngest of five children born to Constantine "Gus" Skordas and Flora (Carlson) Skordas.

Tom met the love of his life, Kathy, in the fall of 1960. They were married in Salt Lake City on December 5 of that same years. He was just 20 years old at the time, she was 16. Two years later, they welcomed the first of their two sons.

Tom moved to Coulee Dam in 1967. He worked in the Grand Coulee Dam Safety Office until his retirement in 1995. Tom's happiest days were spent at "Skordas Lake" outside Electric City, Washington. Kathy at the helm of their boat with Tom powering through the slalom course or performing stunts at the end of a rope on his trick ski. The family spent many years competing in water ski tournaments. In his later years, Tom fell in love with other sports like tennis and mountain biking. His most recent sporting activity was pickle ball.

The family has chosen to not hold a memorial service at this time. Tom and Kathy requested that their ashes be spread together at the place where they could be found anytime the wind wasn't blowing and the lake wasn't frozen. In lieu of flowers, the family asks that donations be made in Tom's name to your favorite charity.