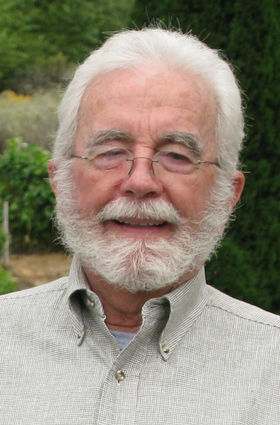 Joe was born on December 9, 1935 in Denver, Colorado to Martin H. Mitchell and Margaret E. Mitchell. In 1944, the family moved to Boulder City, Nevada. He graduated from Boulder City High School in 1953 where he met Susan L. Dickens, they married on August 21, 1956.

Upon graduating High School, Joe continued his education and matriculated from the University of Utah in Salt Lake City, Utah.

Joe and Susan moved to Page, Arizona in 1958 to begin his long career with the United States Bureau of Reclamation (U.S.B.R) working on the Glen Canyon Dam project. In 1964, Joe was reassigned for a short time to a U.S.B.R project in Provo, Utah. Upon completion, Joe and his family moved to Mountain View Wyoming for another U.S.B.R assignment. After a year in Mountain View, Joe and family returned to Page, Arizona to continue work on Glen Canyon Dam. In time, Joe accepted an opportunity at the Hoover Dam in the Maintenance and Operations Section for the U.S.B.R and moved back to Boulder City, Nevada. Joe, being better suited toward the construction component of the U.S.B.R, requested a transfer to the immense Grand Coulee Dam Third Powerhouse Project in Washington State. Subsequently, Joe and his family relocated to Grand Coulee in 1967. Upon completion of the Third Powerhouse, Joe transferred to the U.S.B.R Regional Headquarters located in Denver, Colorado in 1978, where he was involved in such projects as the Aswan Dam retrofit in Egypt. Joe remained in Denver until 1985. Joe's final career posting was Phoenix, Arizona where he went to work on the U.S.B.R Central Arizona Project which involved the construction of large scale canal and water delivery systems throughout the state. After construction was complete, Joe retired from the U.S.B.R in 1994. Retirement didn't sit well with Joe and he went back to work less than a month later to work at the Central Arizona Project administration office of which he stayed until he retired a second time in 2009. Joe was grateful for the satisfaction and meaning his work and career brought him. A career, best measured by a plaque with a quote he kept on his desk for many years: "The secret to success is the constancy of purpose", Benjamin Disraeli.

Over the years, Joe was always community-minded. He was a Little League Baseball coach, President of a local chapter of the Lions Club, a volunteer fireman in Page and Electric City, and a devoted Catholic, active in his local Parish.

Joe treasured many things, especially horses and dogs. Joe owned one or more horses for 15 years, and his many canine companions throughout his lifetime, he held each and every one of them near and dear to his heart. Joe enjoyed bowling in leagues, a Chevy truck aficionado, avid outdoorsman and firearm collector.  Joe had a passion for the cowboy culture of the old west as well as Native American folklore. He also held a lifelong passion for American history, especially the American Civil War.

With fealty and devotion, Joe loved his family most of all.