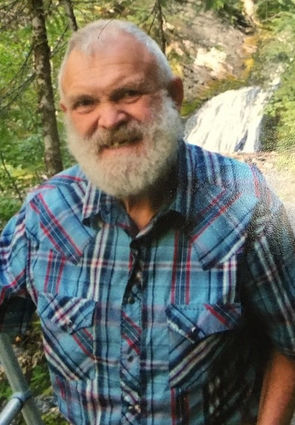 James, known by many as "Indian Jim" was born Monday, February 16, 1948, in Wilbur, Washington, to Jess Irving and Nell Harrison-Jackson. Growing up James worked at the family business, Jackson's Service, and making sure his grandmother Fanny Harrison had firewood. A lifelong learner, James a member of the 1966 graduating Stoo-nik Class from Coulee Dam High School, went on to study at Big Bend College, Columbia Basin College, and Wenatchee Valley College, as well as other venues of higher education.

Out of high school James married Gloria Marchand. They had two children Debra "Toni" and James Jr. "Jimmy". Later he had a son William "Billie" with Juanita Quiltanenock. In 1988 James married Jeannie James; they had 4 children: Jasmine, Jacob, Jesse, and Samuel.

James retired as a Powerhouse Operator at Grand Coulee Dam following 37 years of service to the USBR. His love of learning the Native Culture included taking native language classes with Jeannie and mentoring youth, which James enjoyed tremendously. A man of great faith, who's Bible was well worn from use, James taught and counseled at numerous Bible Camps and Conferences. James was an avid hunter and loved athletic sports as a volunteer coach for Babe Ruth and softball teams, you could find him at all the LR Raider games and he supported the Cougars, Seahawks and many other sports teams.

Private family graveside services were held at Nespelem Catholic Cemetery in Nespelem, Washington. Due to the current Covid-19 directives, no further services are scheduled at this time.

Fond memories and expressions of sympathy may be shared at http://www.stratefuneral.com for the Jackson family.