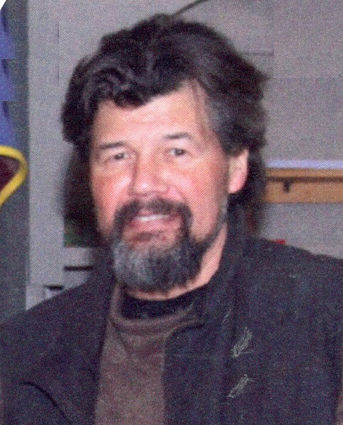 A proud member of the Colville Confederated Tribes, Isaac's passion in life was firefighting! A long time member of the Entiat Hot Shot Crew, Isaac had been a member of the Mt. Tolman Fire Center for the last 18 years. Most recently, he served in the position of Crew Chief. It was said about Isaac, "Some are firefighters, but Isaac WAS A FIREFIGHTER." A man who was always physically active, Isaac loved being in the woods, running the annual "Bloomsday Run" in Spokane, Washington, and Grand Coulee's "Over The Dam Run." A life-long fan of classic rock & roll, especially "the King" – Elvis Presley. One of his others joys was being on two wheels, whether bicycling from Coulee Dam to Spokane or touring with a local motorcycle club.

Predeceased by his father, Dorland Palmer; Isaac's legacy lives on through his children: Caasi Palmer and Dustin Siegwarth; mother, Eliza Palmer; siblings: Perry Palmer and Colette Adolph as well as more aunts, uncles, cousins, nephews and nieces than he could ever number.

Isaac's community Rosary and Wake was held at 7 p.m. on Monday, March 9, 2020, at the Nespelem Community Center in Nespelem, Washington, with his funeral held at 9 a.m., Tuesday morning, March 10, 2020. Burial followed at the Nespelem Catholic Cemetery.

His family requests that any donations in his name be contributed to the Colville Tribal College Endowment Fund.

Fond memories and expressions of sympathy may be shared at http://www.stratefuneral.com for Isaac's family.