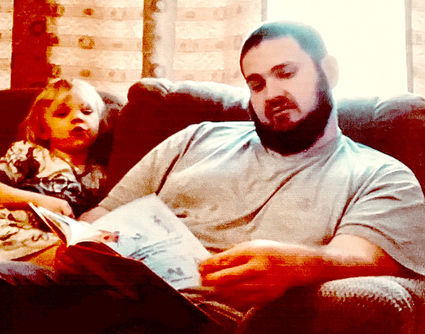 Tyler Charles Hartbarger was born in Sandpoint, Idaho on October 9, 1994, to proud parents, Ed and Jennifer Hartbarger and passed away at home on Monday, March 2, 2020.

As a little boy, Tyler was fairly quiet, except when he was tormenting his older sister Jessica. From a young age he had a love of cars and tinkering with them as well as a love for all animals. As he grew (and boy did he grow!) he was strong as an ox yet had a huge heart that he shared with a lucky few.

He grew up in Grand Coulee, Washington exploring wherever he could, participating in boy scouts and football, riding horses, hunting and trapping with his family and friends. He loved the water – the colder the better!

In 2013 he graduated from Lake Roosevelt High School wearing a mohawk as he crossed the stage for his diploma. He attended Big Bend for commercial truck driving and at the time of his death was employed with Storm Transport.

Tyler's friends meant the world to him. Andrew McClure and Daniel Loch are pretty much sworn to secrecy with their "activities", but bonfires, 4-wheeling, exploding snowmen and his "brroohhhappppp" engine sounds will never be the same. "Snores-like-a-bear" (aka Sasquatch) was generous and loyal, probably to a fault. He was the person that was always there, just a phone call away, to help with whatever was needed.

As an uncle to Serenity and Rowen, Tyler showed a gentle side, patiently reading or playing silly games with them. He also had a love of cooking and experimented with complex recipes with lots of interesting spices.

Tyler gave his heart to a special girl, Taylor Nelson. They were to be married and were expecting a baby in the fall that would've given Tyler the greatest joy.

Life is hard. There are ups and downs. And you have to accept all of it to live a full life. Care for one another. Reach out to those struggling and let them know there are good times ahead. Tyler's family would do anything for just one more bear hug.

At a later date there will be a celebration of Tyler's life by those that loved him deeply. Memorials should be directed to Coulee Dam Credit Union. Rest in Peace Tyler.