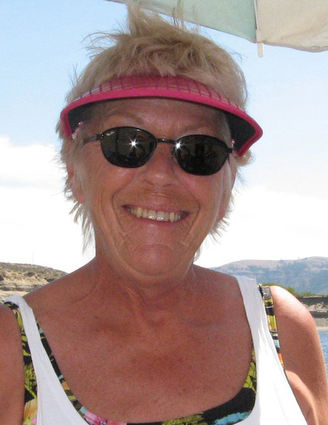 Glenda "Lynn" Higgins, daughter of the late Neal and Francis Turner of Coulee Dam, passed away peacefully in her home surrounded by her loving family on Friday, February 7. Lynn was born January 4, 1946, in Mason City Hospital, Coulee Dam, Washington.

Lynn attended Coulee Dam High School where she graduated in 1964. She played clarinet in the school band and was one of the majorettes in the marching band. Lynn was a member of the Rainbow girls and the honor society.

On February 14, 1969, Lynn married Michael Higgins. In 2019 they celebrated 50 loving years of marriage. They raised their two boys, Jerry and Kerry Higgins. Lynn loved being with family and friends on the waters and beaches of Lake Roosevelt and Banks Lake and camping in the woods of the North Cascades. She was an avid water skier, snow skier and golfer and she rode a Kawasaki motorcycle. As her boys had families of their own, an annual houseboat trip became a cherished family tradition. She loved nothing more than being with her family out on the lake, especially her grandchildren whom she adored.

Lynn and Michael built their dream home overlooking Lake Roosevelt in 1999 where they have lived ever since.

Lynn worked in contract administration for the bureau of reclamation until she retired in April, 2001. After retiring, she enjoyed collecting seashells especially in Hawaii and Costa Rica and became a huge NASCAR fan. She enjoyed watching the Seahawks and Gonzaga basketball.

Lynn was a founding member of the Boobie Princesses, a group of local women united in support of breast cancer survivors. She looked forward to the Boobie Cruise with her close friends every year.

Lynn had a great sense of humor, as anyone who knew her well would attest. She was a kind, supportive and loving mother, daughter, wife and friend. Gone but never forgotten.

In lieu of flowers donations can be made to Norman's World animal sanctuary in Sprague, Washington.

There will be a celebration of Lynn's life in early summer.