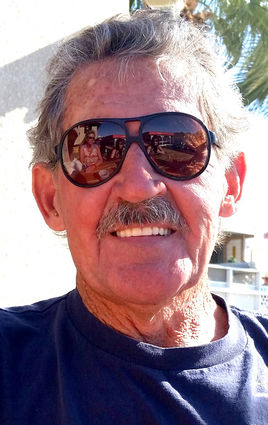 Born in Mason City, Washington on July 17, 1937, Melvin Iverson McKerlie, 82, lived in Coulee Dam, Washington when he left this life on Tuesday December 17, 2019. Mel grew up in the Grand Coulee and Wenatchee area. He left high school in the 11th grade to make his own way in the world. He met and married Shirley Renner in 1959 (later divorced in 1983). Mel joined the Ironworkers Local Union 86 of Seattle in 1958 and transferred to Ironworkers Local Union 14 of Spokane in 1965. He worked on numerous buildings and structures throughout his career including the Grand Coulee Dam, the Boundary Dam, and the Rocky Reach Dam. He traveled for work all over the northwest from North Dakota to Hawaii. Through his strong work ethic and love for his job, Mel worked his way up to supervisor, then to assistant business agent in 1975, and in 1980 he became president of Ironworkers Local Union 14. In 1988, he became business manager of Ironworkers Local Union 14 until he retired in 1995.

Mel gave 100 percent to everything he did. Mel was a dirt bike enthusiast, from family trail riding to motocross and cross-country racing, starting in 1966, and racing well into his 40's. Mel was a true weekend-warrior; other interests included scuba diving, snorkeling, skeet shooting, archery, bird hunting, boating, fishing, water and snow skiing, bicycling, weight lifting, and even a little whitewater rafting. In 1992, he met his partner Rosalie Scallan, and after retiring, they spent many years as snowbirds touring the southwest in their motor home sharing many fun adventures together. In 2011, they purchased a winter home in Lake Havasu City. They were a great example on how to live a full life. In his 70's, Mel decided to slow down a bit and started riding four wheelers and eventually Razors, putting on thousands of miles in the Lake Havasu City area with his riding buddies, "Charlie's Boyz". He also had a cabin on Lake Pend Oreille where he enjoyed spending time with his family and lake friends. Mel made many friends throughout his lifetime and had a profound impact on many people. He will be deeply missed.

Mel is survived in death by his daughters: Kim (Troy) Basnaw and Patti (Cord) Basnaw; his beloved life-partner of 27 years, Rosalie Scallan; Rosalie's daughters: Carla (Bill) Desautel, Gina (Brett) Seaver, and Shelley (Eric) Corbin; Rosalie's grandchildren: Shane (Sarah), Cole, Brea, Drew, and her great-grandchildren Kylie and Kason. He cared for and loved them all very deeply. He is also survived by his ex-wife Shirley McKerlie, his brother Ed (Peg) McKerlie, his sister Dorothy Rennich-Kress, and his twin brothers Ron and Don (Lisa) McKerlie. Mel was a good big brother. He was the proud grandfather to Kevin, Ryan (Joanna), Rachel, and Haley Basnaw. His grandchildren were his pride and joy. Mel is preceded in death by his parents Melvin and Alice McKerlie and aunts, uncles and cousins.

Mel, we love and miss you and pray God gives rest to your soul. May God bless us with His presence and comfort through this time of sorrow, in Jesus's name we pray. Until we meet again, we love you dad, Kim, Patti, Carla, Shelley, and Gina.