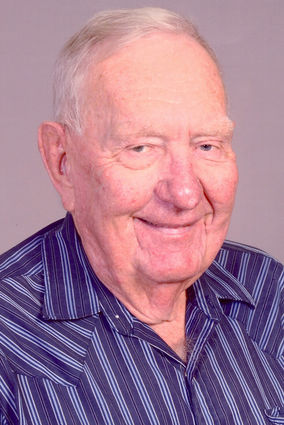 Ronald E. Rinker, 85, died Monday, December 9, 2019, in Yuma, Arizona. He was born Monday, February 5, 1934, to Sam and Myrtle Rinker in Wilbur, Washington. Ron spent his entire life in the Grand Coulee Area. He was a farmer in the Del Rio Area until his retirement in 1997, when he moved to Electric City. Ron spent his winters in Yuma, Arizona for many years.

Ron married Bonnie Whitcraft in 1952. A cowboy all of his life; in his younger days Ron was a jockey, he joined Ridge Riders when they first started and was on the horse show circuit for many years. But – his true love was "Rodeo," so Ron joined the "WRA" (now the "PWRA") in 1960, where he was a Past-President and a Gold Card Member. Ron won the "Bulldogging Championship" in 1967 and was a "Pick-Up Man" until 1990. After Rodeo, he enjoyed fishing and was an avid golfer until his death.

He was preceded in death by his beloved wife of 66 years, Bonnie Rinker; father: Samuel Rinker, mother, Myrtle Rinker and stepmother, Helen Rinker.

Ron's funeral will be held at 10 a.m., on Saturday, December 28, 2019, at Strate Funeral Home of Grand Coulee, Washington. Ron will be laid to rest next to Bonnie during a private family service at Spring Canyon Cemetery in Grand Coulee.

Fond memories and expressions of sympathy may be shared at http://www.stratefuneralhome.com for Ronald's family.