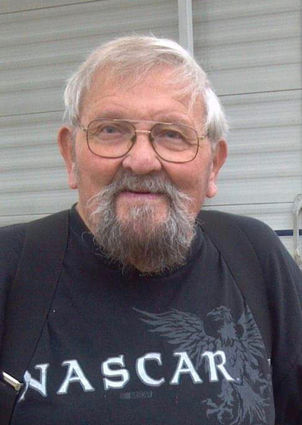 Richard Thomas Borup of Wichita Falls, Texas, formally of Electric City, Washington, went to be with his Lord and Savior, Jesus Christ, on Tuesday, November 26, 2019, in Wichita Falls.

Richard was born in Boise, Idaho, on October 20, 1931, to Henry Julius and Melta (Taylor) Borup. He attended Boise High School in Boise, Idaho. Upon graduation, Richard enlisted in the United States Air Force and served his country proudly from 1948 to 1952. Richard then worked as a driller for the United States Bureau of Reclamation in Coulee Dam, Washington, retiring in 1994. It was during this time Richard met and married the love of his life, Mary Fountain. They celebrated 39 years of marriage last October. In his retirement, Richard enjoyed doing lawn chair macramé, safety pin jewelry and plastic canvas. He was a perfectionist in all he did. He loved to cook, and did most of the cooking until he became ill.

Richard was named "Grand Coulee Volunteer of the Year" in 1996. He not only delivered meals to the elderly, he would feed their pets, water their lawn, dump their garbage or do anything else they needed. Most importantly, he would take the time to just sit and visit with them.

Richard is survived by his wife Mary, of Wichita Falls, Texas, of whom he called "My Sweetheart" until the day he died. Richard is also survived by his four children: Diana Borup-Childers of Grand Coulee, Lorraine (Dean) Bennett of Ridgefield, Washington, Nancy (Eric) Hein of Omak, Washington and Richard (Christina) Fountain of Wichita Falls, Texas. Christina lovingly helping Mary take superb care of Richard until he passed. Also surviving are 11 grandchildren, eight great-grandchildren and two great-grandchildren on the way.

He was preceded in death by his parents, Henry and Melta, and brother Harry.

Upon Richard's request, there will be no services.