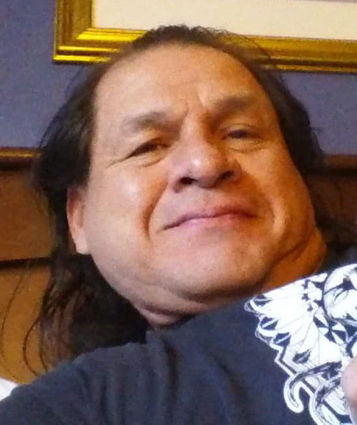 During his school years, Michael loved sports and enjoyed being a member of the school track, football and especially the baseball team. He attended Sherman Indian School in California and then Lake Roosevelt High School in Coulee Dam, Washington, where Michael graduated, Class of 1983.

A proud member of the Onieda Tribe of Minnesota, Michael loved immersing himself in his Ancestral Traditions, especially the Sweat Lodge. In adulthood, Michael loved playing pool and continued his love of playing ball as a member of both the "Clean Machine" softball team in California and the "Nespelem River Rats" softball team of Nespelem, Washington. When not participating in sports, Michael tried to never miss a chance to "loudly" root for his teams: "Oakland Raiders", "Golden State Warriors" and "Oakland A s".

Michael's greatest joy in life was, beyond doubt, spending time with friends and his family whom he adored.

Strate Funeral Home of Grand Coulee, is assisting the family with services.

Fond memories and expressions of sympathy may be shared at http://www.stratefuneralhome.com for Michael's family.