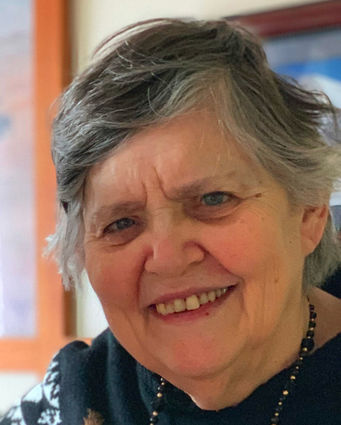 Barbara was born on December 19, 1949, in Wenatchee Washington, to parents Clifford W. Avey and Sonja E. Everett. The family lived in Ephrata Washington for a few years and then moved to Coulee Dam where Barbara spent her childhood and school years. In 1960 her mother married Dr. Jack G. Everett and suddenly Barbara and her brothers Richard and John had four more siblings, David, Jane, Dan and Jill. Later another brother, James, was born and she had an exciting family of eight children who all got along well together growing up and still do.

One of the experiences that Barbara especially enjoyed during her high school summers was operating the food concession at Spring Canyon beach with her mom. She used the money she saved from this business to attend college at Eastern Washington University (EWU). While attending EWU she met and married Robert Ries. Together they had one son, Carl Randy Ries, who now lives in Spokane and faithfully visited her every Saturday.

Later in her journey through life she successfully won several battles with cancer. She was always positive, happy and enjoyed life and her faith in God which helped her often along this difficult path.

Barbara was a member of the Coulee Dam Community Church for most of her life and took great comfort in her relationship with the Lord. She joined TOPS and was proud of her success in winning several awards in their programs. She was also a member of the Grand Coulee Dam Lions Club for many years until she moved to Spokane. She always enjoyed attending their meetings and functions and was proud to be a Lion.

Barbara enjoyed singing, dancing and playing the piano, skills which she used to entertain herself and others when she moved into the North Point Senior Living facility in Spokane. Her mom especially enjoyed this while they were sharing an apartment. She also loved horses, which you could see when you entered her home, which contained pictures, figurines, blankets and many other things featuring horses. Barbara thoroughly enjoyed her time there and participated in virtually all of the many activities they offered.

A memorial service for Barbara will take place in the Coulee Dam Community Church, on Saturday, November 23, 2019, at noon. In lieu of flowers, donations may be made to Hospice House North, 102 W Rhoades Ave, Spokane, WA 99208.