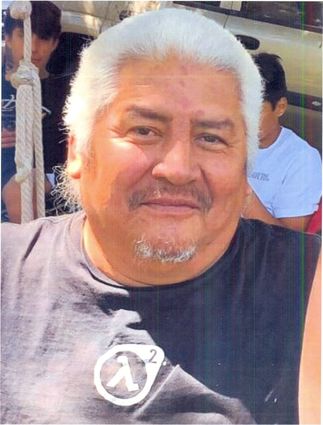 Alan David “Davi” Smith, 57, of Nespelem, Washington, passed away Monday, November 11, 2019. Davi was born to Johnnie B. and Norine Louise Circle-Smith on Monday, December 11, 1961, in Omak, Washington. Davi graduated in 1980 from Intermountain Indian School in Brigham City, Utah, where he was a member of the Eagles tennis team and a star player for the basketball team. Davi enlisted in the US Army on February 4, 1981, training as an Armor Crewman on M-48 – M60 Battle Tanks. Davi was a member of Sacred Heart Catholic Church in Nespelem and a proud member of the Colville Confederated Tribes. He enjoyed root gathering and picking huckleberries Always the comedian, Davi loved a good joke played on others and would strike up a conversation with strangers “who soon became friends”. All who knew Davi, knew he would be there, if ever they needed a helping hand.

He was predeceased by both of his parents; daughter, Chelsea Smith; sisters: Vivian Pierre and Adeline Carden, and nieces: Morgan Wippel (with Virgil Bearcub) and Bernadette Smith.

Fond memories and expressions of sympathy may be shared at https://www.stratefuneralhome.com for Davi’s family.