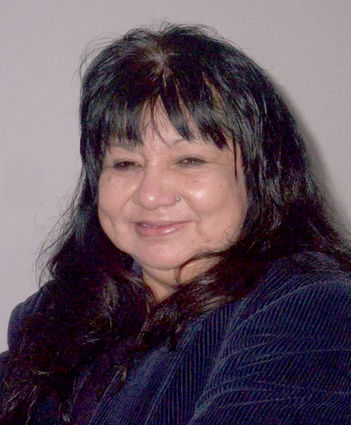 Loretta May Phillips-Johnson, 68, of Nespelem, Washington, passed away Monday, October 7, 2019. She was born Thursday, May 31, 1951, in Union Gap, Washington, to Matthew and Maggie Johnson-Phillips. Cheerleader and member of the high school band, Loretta graduated from Chilocco Indian School in Oklahoma, and went on to study health care at Kansas University. Most recently, a CNA with the Colville Convalescent Center in Nespelem, Washington, Loretta was previously employed at various places during her working life, including: Harrah Farms, Mount Adams Furniture Factory and as a teacher with Harrah Headstart.

A member of the Sacred Heart Mission Catholic Church in Nespelem, Washington, Loretta was a proud member of the Yakama Nation, enjoyed going too pow-wows and participating in Traditional Dance. When not rooting for "America's Team" – The Dallas Cowboys, Loretta enjoyed finding bargains at yard sales and loved just spending time going for rides in the hills.

Predeceased by both of her parents; her husband, Thomas Johnson; brothers: Melvin Phillips, Elery Phillips and Henry Phillips, and sisters: Pauline Miller and Vernite Phillips; Loretta's legacy lives on through her daughter, Louisa Johnson; grandchildren: Yasmine Battise and Olivia Battise; brother, Tyronne Pierre; sisters: Rosaline James and Darlene Phillips as well as numerous nephews and nieces whom she adored.

Fond memories and expressions of sympathy may be shared at https://www.stratefuneralhome.com for Loretta's family.