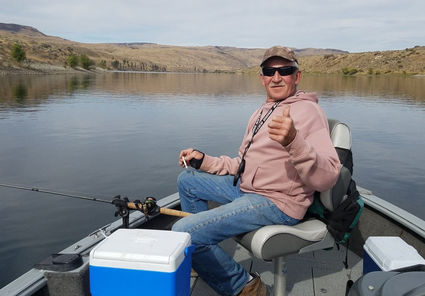 With sad and heavy hearts we would like everyone to know that unexpectedly Gerald (Jerry) Wayne Boutain passed away on Monday, September 30, 2019, in Grand Coulee, Washington. He was 74 years old. He was born on May 10th, 1945, to Emil and Ruby Boutain of Toppenish, Washington. Gerald was the third of six children. Older siblings included: Curtis Boutain and Deanna Rogers, younger siblings, Barbara Boutain, Greg Boutain, and Bonnie Bloxham.

Jerry was preceded in death by his parents, Emil and Ruby Boutain, and grandson, Nickolas Boutain. Jerry is survived by Connie Hakola his partner and companion of over 25 years who lives in Grand Coulee. He is also survived by his three children: Misty Johnson (and husband Don), of Tacoma, Washington, Rodney Boutain (and wife Sherri) of Grand Coulee, and Tammy Steensen (and husband Cory) of Vancouver, Washington, as well as six grandchildren, and six great-grandkids.

Jerry grew up in Toppenish, and married Diana Watson in 1965. Moving to Metaline Falls, Washington, he started his construction career, working on Boundary Dam. He also worked on Dworshak Dam in Orofino, Idaho, Little Goose Dam in LaCroose, Washington, Buffalo Bill Dam in Cody, Wyoming, and others. He worked on the Hanford Site, helped build the canal in Grand Coulee, worked on the Bacon Siphon project in Coulee City, worked on the Visitor Arrival Center at Grand Coulee Dam, and the machine shop at the USBR. He also hi-scaled and rock bolted at different locations around the northwest, finishing his career working for Goodfellow Brothers out of Wenatchee, Washington. He made lifetime friends in the construction field, and retired at 55.

He had a deep love for his family and friends. He loved and cared for many. His family and friends knew him as a simple, strong, down to earth man, that was always donating his time, money, food, tools to those in need. He helped work on their cars, did home repairs, mowed lawns, plowed snow for different people in the area, and topped trees. In the summer months you would find him working in his garden. He found great pleasure in watching his flowers, and fruits and vegetables grow. His grass was always green and he was proud of how beautiful it looked. Many said it looked like a golf course.

He loved to tinker in his garage, tying up line and lures on his fishing poles. His passion was fishing. He lived for it! He had his "secret honey holes" where he loved to fish. He learned how to fly fish at an early age and enjoyed fishing on multiple rivers including the Clearwater, Wind River and the Klickitat. Throughout his life he fished for crappie, bass, trout, salmon, steelhead, sturgeon, catfish and mostly walleye down below Grand Coulee Dam. He enjoyed bird hunting and found great joy and satisfaction in training his own bird dogs to hunt. Over the years he trained six different retrievers, with his last "Lady" being his favorite! Living in the Grand Coulee area brought Jerry peace. He loved the natural beauty and the simplicity of the outdoors. 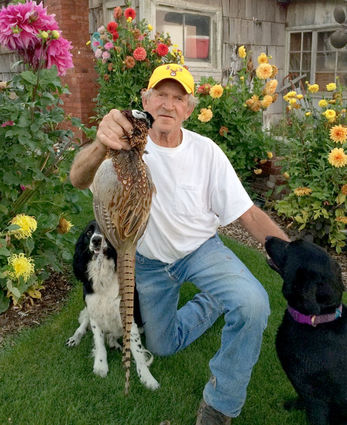 He loved company but would tell you that company was like fish, "they would start stinking after three days". (It was time for you to leave). He loved his food and would tell you "if you wanted a taste, you would have to lick his lips". Some of his favorite sayings were, "Ask me no questions and I will tell you no lies", and "if your gonna be dumb, you gotta be tough".

In lieu of flowers, please help a neighbor or someone in your community who is down on their luck, physically or financially. That's what Jerry would of wanted, and that is what he lived.

There will be a celebration of life for Jerry held in May 2020, for his family and friends. He will be dearly missed!

Fond memories and expressions of sympathy may be shared at https://www.stratefuneral-home.com for Jerry›s family.