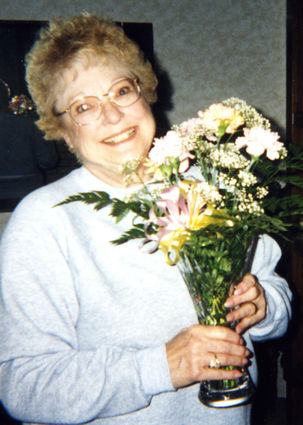 With her daughter and son-in-law at her side, Daveline Easterly passed peacefully in her sleep Tuesday, September 24, 2019, in Grand Coulee, Washington from kidney failure. She was under hospice care. She was born January 22, 1936, in Illnois. She went to Herrin High School in Herrin, Illnois. She was married to Norm Easterly for 50 years.

Davy loved painting - it was her passion and she also loved her dogs. She had hoped to move to Henderson, Nevada with her daughter, but, unfortunately, didn't make it.

After the passing of her husband in 2014, life became very lonely for her. Davy read a lot, sewed quilts, painted flowers, and redecorated and painted her home. She also loved to bake. She had a sweet little southern accent and a very sweet smile – and laughed about everything. She will be missed.

She was preceded in death by her husband, Norman, and a son, Michael D. Snyder.

Services will be held in the spring in Marion, Illinois.