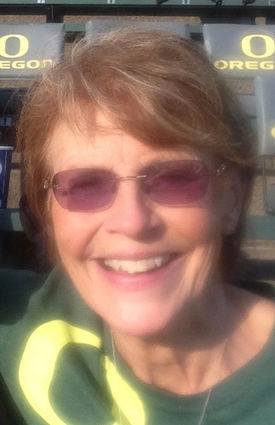 Sadly, Elizabeth (Betty) Jean Brueske passed away on Thursday, September 26, 2019, at Sacred Heart Medical Center in Spokane, Washington. Betty was born on December 18, 1948, in Portland, Oregon, to Ruth Unruh Olson and Ole Olson and then moved with her parents and brother to Eugene, Oregon. She graduated from the University of Oregon and later obtained her Master's Degree which led to her career as a school counselor. Her time in Eugene also led her to become a life-long, die-hard Oregon Ducks fan.

In the early 1980s Betty's career moved her to Othello, Washington, where she met Bruce Brueske. Bruce and Betty married in Othello, Washington, on June 4, 1983, and moved to Electric City. They bore a son, Matthew James, on October 13, 1993, but he unfortunately passed away the next day. Bruce and Betty became foster parents, which led to the adoption of their daughter, Melanie. Melanie blessed them with a granddaughter, Brianna; both of whom were a bright light in her life.

Betty spent eight years as the County Mental Health Professional and outpatient therapist in Grand Coulee. When a counselors position opened in Nespelem School she accepted the job. She spent over 20 years at the school in different capacities until she retired several years ago. 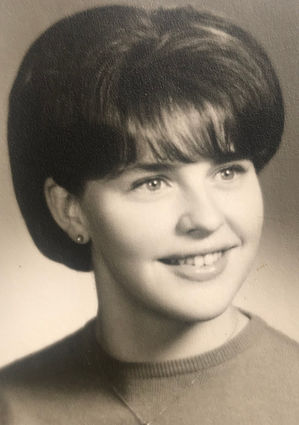 Most recently, Betty was extremely active in many positions in the Coulee area. She was a Board member of the Coulee Medical Center, a member of The Lions Club, the Eagles and was Vice President of the Senior Center. Those that were blessed to know Betty, know that she was an incredibly smart, positive, dedicated, compassionate woman who aspired to make a difference in the roles she served. She loved reading and music, made fabulous recipes and discovered the joy of needlepoint. She loved decorating the outside of her house for holidays and she was beyond a dedicated dog lover. Living in the Coulee area brought Betty much joy. She loved and appreciated the simplicity and natural beauty of her home and was continually seeking ways to give back to the community and people in it. She will be deeply missed.

Betty was predeceased by her parents, her brother, John and her son, Matthew.

Betty is survived by her husband, Bruce Brueske, daughter Melanie, granddaughter Brianna and numerous nieces and nephews who adored her.

A memorial service will be held in her honor at the Grand Coulee Senior Center on Saturday, October 12, at 2 p.m. In lieu of flowers, a donation may be made to the charity of one's choice.