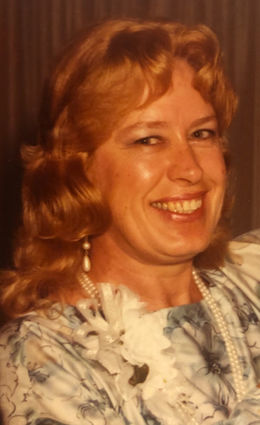 Alyce Graham, age 79, passed away on July 29, 2019, in Spokane, Washington. She was born in Phoenix City, Alabama, on October 23, 1939. She spent the majority of her early years in Reno, Nevada where she met her husband, Allan. They were married in Reno in 1957. Alyce and Allan had three children, all born in Reno, where they all lived until 1965. They then lived for a few years in Los Banos and Coalinga, California, before moving to Grand Coulee in 1970 where Allan was a construction inspector on the pumping plant and third power plant on the Grand Coulee Dam. Alyce was a full-time homemaker and enjoyed music, crocheting, sewing, dancing, painting and many other crafts.

Alyce is survived by one brother, Burton "Chip" Kennington, Jr.; one son, Scott (Tammy), and one daughter, Therese Babler (Mark); grandchildren: Steven, Jaclyn, Aaron, Travis, Monica and Robby; and numerous great-grandchildren. She was preceded in death by her husband of 61 years, Allan; her oldest daughter, Kim, and one grandchild, Mandy.

A funeral mass and reception for both Alyce and Allan Graham will be held at St. Henry's Catholic Church in Grand Coulee on Saturday, September 21, 2019, at 11:00 a.m., followed by interment at Spring Canyon Cemetery.